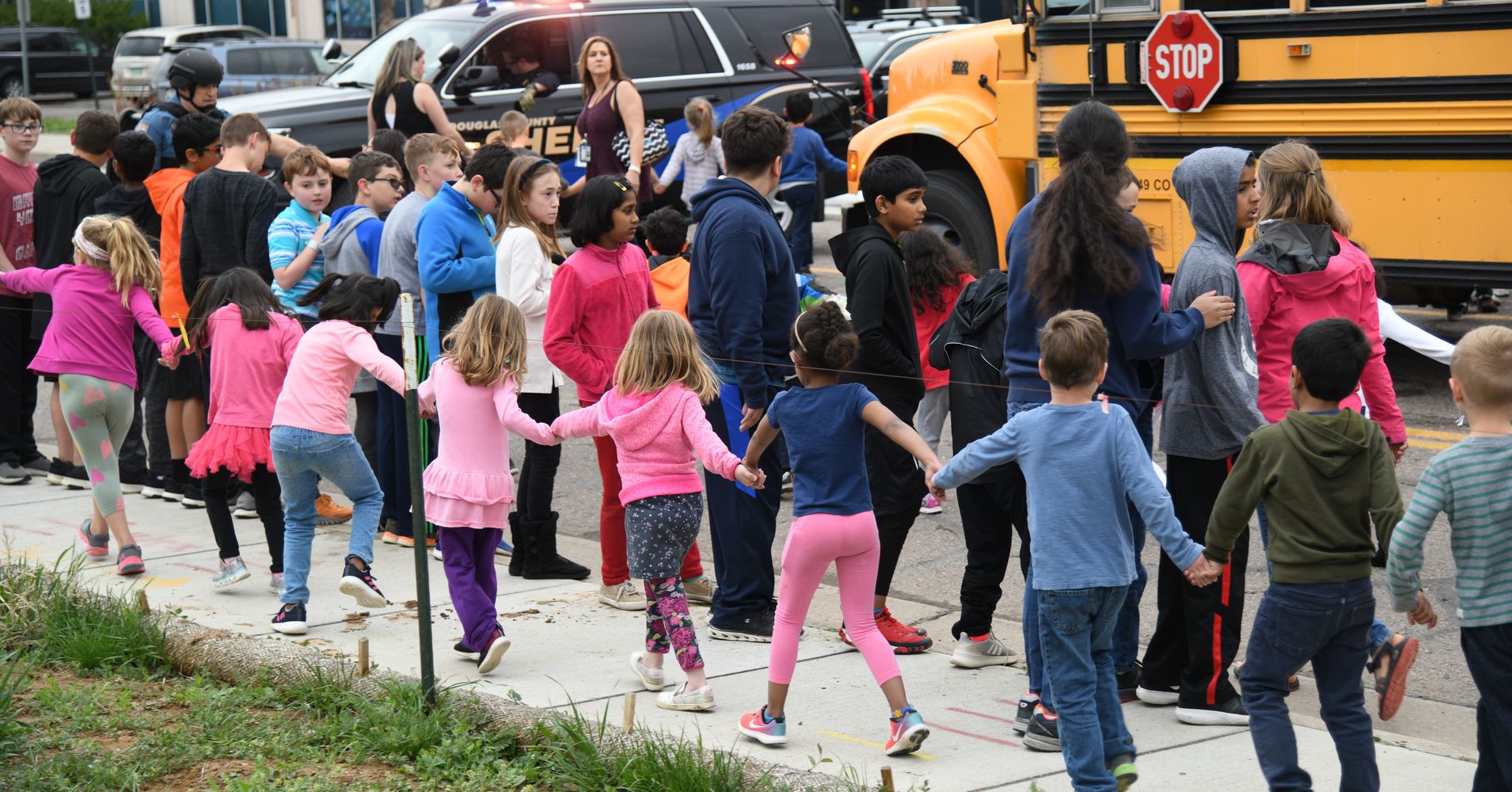 One 18-year-old student was killed and eight others were injured after two shooters opened fire on a science and technology school in the Denver area on Tuesday.

Deputies responded to the scene two minutes after receiving reports of shots fired within the school shortly before 2 p.m.

It is with extreme sadness that we can confirm that 1 student at the STEM School was killed in today’s #stemshooting incident. The immediate family has been notified. Douglas County Coroner Jill Romann has not officially identified the student is stating it’s an 18 year old male.

Authorities identified one suspect as 18-year-old Devon Erickson. The other suspect, described only as a juvenile male, has not been named. Both of the suspected gunmen are believed to be students at the school, which is in Highlands Ranch, 25 miles south of Denver.

Spurlock said at least one handgun was used during the attack.

“This is a terrible event. This is something that no one wants to have happen in their community,” the sheriff said. “We’re going to investigate that and get to the bottom of it.”

Eight students were taken to local hospitals, some in critical condition. One 18-year-old male student died.

Littleton Adventist Hospital received five victims, two of whom are in serious condition and three who have been discharged. Two students arrived at SkyRidge Medical Center in stable condition, the Denver Post reported. Denver 7 said there was an additional student in good condition at Children’s Hospital Colorado.

Little kids getting ready to be bussed to safe location where parents will be able to pick up pic.twitter.com/f6LTBl0INJ

Jake Stanley, a 14-year-old student, told Denver 7 ABC there was some panic after the middle school and high school portions of the campus were placed on lockdown.

“Everybody was a little bit panicked. We didn’t know what was going on,” he told the news station. “We could tell it was bad and it wasn’t just a drill.”

Just look at these babies’ faces.

This is what happens when those in power don’t do their job. The value of a piece of metal should be no where near the value of a human’s life.

Shortly after the shooting broke out, Gov. Jared Polis (D) said he was monitoring the situation.

“I‘m absolutely heartbroken to learn that a STEM school student was killed in the shooting today,” Polis said in a tweet later Tuesday. “I cannot imagine the grief & horror that the family is dealing with. Our deepest condolences go out to the family, the community, & everyone impacted by this senseless act of violence.”

The FBI has taken over the investigation and is at the crime scene. Officers are using a bomb disposal robot to search through a car though to belong to the suspect. Investigators have also obtained warrants to search both of the suspects’ homes.

The White House issued a statement hours after the shooting, noting that President Donald Trump is monitoring the situation.

“Our prayers are with the victims, family members, and all those affected by today’s shooting at STEM School Highlands Ranch in Littleton, Colorado,” deputy press secretary Judd Deere said. “Tragically, this community and those surrounding it know all too well these hateful and horrible acts of violence.”

According to the Denver Post, this is the fourth school shooting in Colorado since the Columbine High School shooting in Littleton on April 20, 1999, which left 12 students and one teacher dead. Highlands Ranch is just minutes from Littleton.

This article has been updated with information on the number of students injured.