4 Takeaways From The Democratic Presidential Debate In Iowa 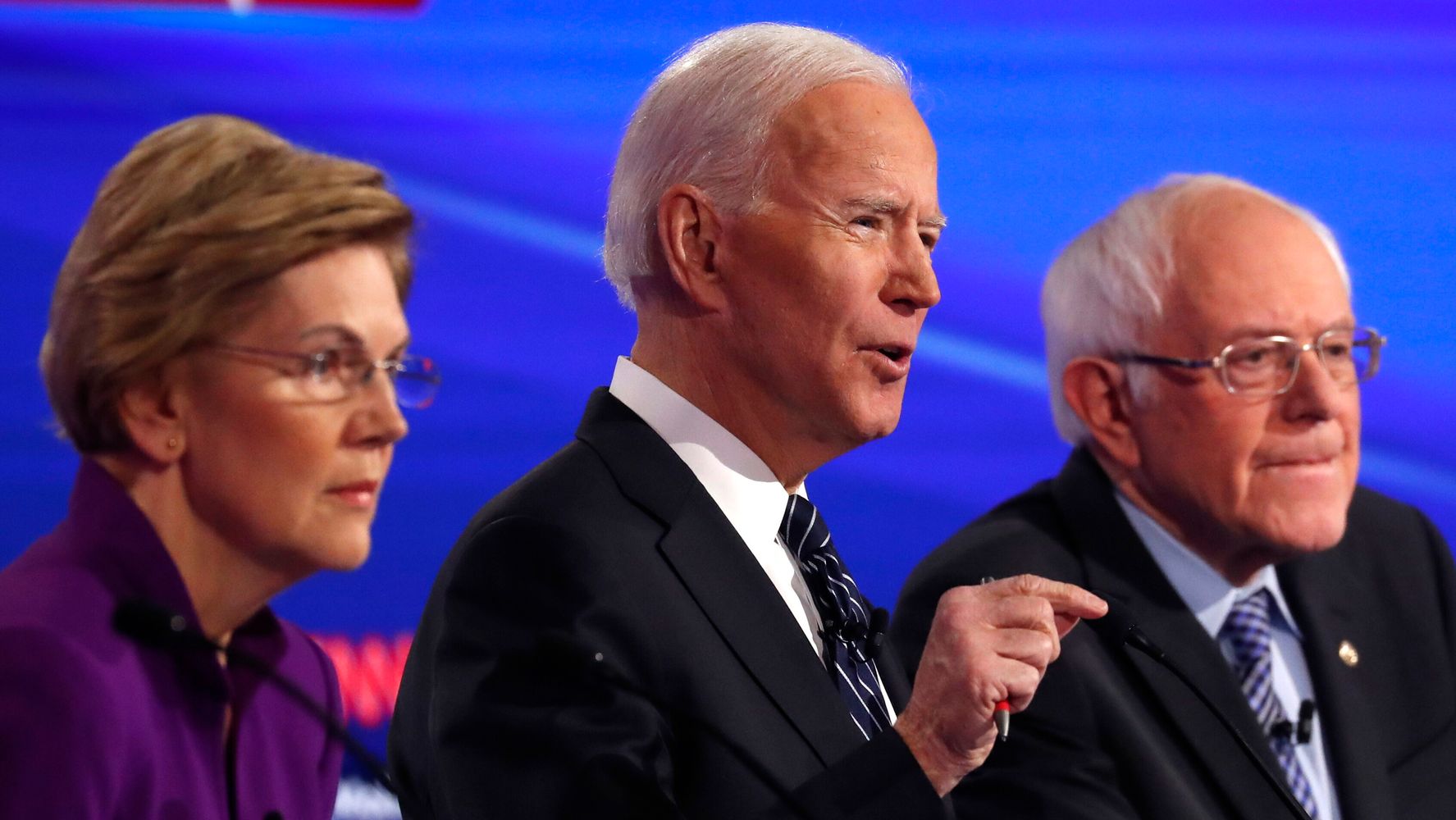 The theoretical stakes for Tuesday night’s Democratic presidential debate, sponsored by CNN and The Des Moines Register, were gigantic. Four candidates, locked in what polling indicates is a four-way tie, were debating in Iowa’s capital just weeks before the state’s first-in-the-nation caucuses.

But the eventual debate saw little in the way of new dividing lines between the candidates and nothing that was likely to dramatically change voters’ minds. Here are four takeaways from the Democratic presidential debate, and they’re more about what didn’t happen than what did.

The Candidates Are (Mostly) OK With The Race’s Status Quo

Many of the prior debates featured sharp exchanges between a leading candidate and a candidate hoping to take their place in the top tier ― think back to former Vice President Joe Biden and Sen. Kamala Harris’s clash in the first round of debates, or the battles between Sen. Elizabeth Warren and former South Bend, Indiana, Mayor Pete Buttigieg in October. But the small debate stage ― just six candidates managed to qualify ― meant that only those who felt good about their standing on the race were participating.

It’s potentially a rational decision: Public polling indicates Biden, Sen. Bernie Sanders (I-Vt.), Buttigieg and Warren (D-Mass.) are all in position to win Iowa, or at least to finish strong enough to continue campaigning. Businessman Tom Steyer, who is polling strong in Nevada and South Carolina, is self-funding his campaign and will be able to continue running even with a weak finish.

The one candidate who needs to win Iowa, and isn’t in a position to do so, is Sen. Amy Klobuchar (D-Minn.), who had some clashes with Warren and Sanders and overall turned in a strong performance. But she didn’t generate a clear game-changing moment. The same could be said of Buttigieg, whose numbers in the state have slipped in some recent public polling.

Warren And Sanders Survive Their Beef, For Now

Tensions between Warren and Sanders were running high before the debate following a CNN report that Sanders had told Warren during a 2018 meeting that a woman could not win the presidential election. Both candidates’ campaigns, and much of the broader progressive infrastructure, signaled that they wanted a de-escalation.

When CNN brought up its own reporting, Sanders repeated his denial ― and Warren turned in what’s likely going to be the signature moment of the debate.

“Can a woman beat Donald Trump?” she asked. “Look at the men on this stage. Collectively, they have lost 10 elections. The only people on this stage who have won every single election that they’ve been in are the women.” Her response won laughter and applause from the debate audience.

Though some events after the debate indicate the tension hasn’t totally dissipated, it’s likely both campaigns will try to move on from the fight for now.

Issues championed by those candidates were missing from the debate stage. Save for a mention by Warren of how her child care plan would help Black and Latino women who work, there was little direct discussion of how any candidate’s plans would specifically help racial minorities. (There was also no mention of the deadly earthquakes that have rocked Puerto Rico in recent days.)

And while Booker and former Rep. Beto O’Rourke (D-Texas) had emphasized combating gun violence in their campaigns, there was no discussion of the issue on Tuesday night, even though public polling shows it’s a top issue for primary voters. Castro’s emphasis and willingness to press the other candidates on immigration reform was also absent, as was Gabbard’s willingness to challenge the other candidates with her unorthodox foreign policy views and Yang’s focus on the future of the workforce.

Though Biden isn’t the clear front-runner in Iowa, he is the clear leader nationally, thanks to his strength with Black voters and the primary electorate’s broad belief that he’d be the strongest candidate against Trump. And it’s not clear that a victory by another candidate in Iowa would change that.

So it was somewhat surprising Biden did not face more attacks from the other candidates. Sanders, in particular, had signaled he wanted to challenge Biden on his vote for the Iraq War and his past support for cutting Social Security. The Social Security topic never came up in the debate, and Sanders did not force the issue. And though Biden and Sanders did clash over the war, a lack of pointed follow-ups from the moderators allowed each candidate to mostly repeat their standard talking points.

“Joe and I listened to what Dick Cheney and George Bush and Rumsfeld had to say,” Sanders said. “I thought they were lying. I didn’t believe them for a moment. I took to the floor. I did everything I could to prevent that war. Joe saw it differently.”

“I was asked to bring 156,000 troops home from that war, which I did,” Biden responded, referring to his time as Barack Obama’s vice president. “I led that effort. It was a mistake to trust that they weren’t going to go to war. They said they were not going to go to war.”

Warren, who last week released a plan to reverse the bankruptcy law that Biden pushed into law in 2005, did not confront him about that issue either. And during the exchange over the ability of a woman to win the presidency, no candidate or moderator mentioned Biden’s recent suggestion that it would be harder for Trump to attack him because he’s a man.