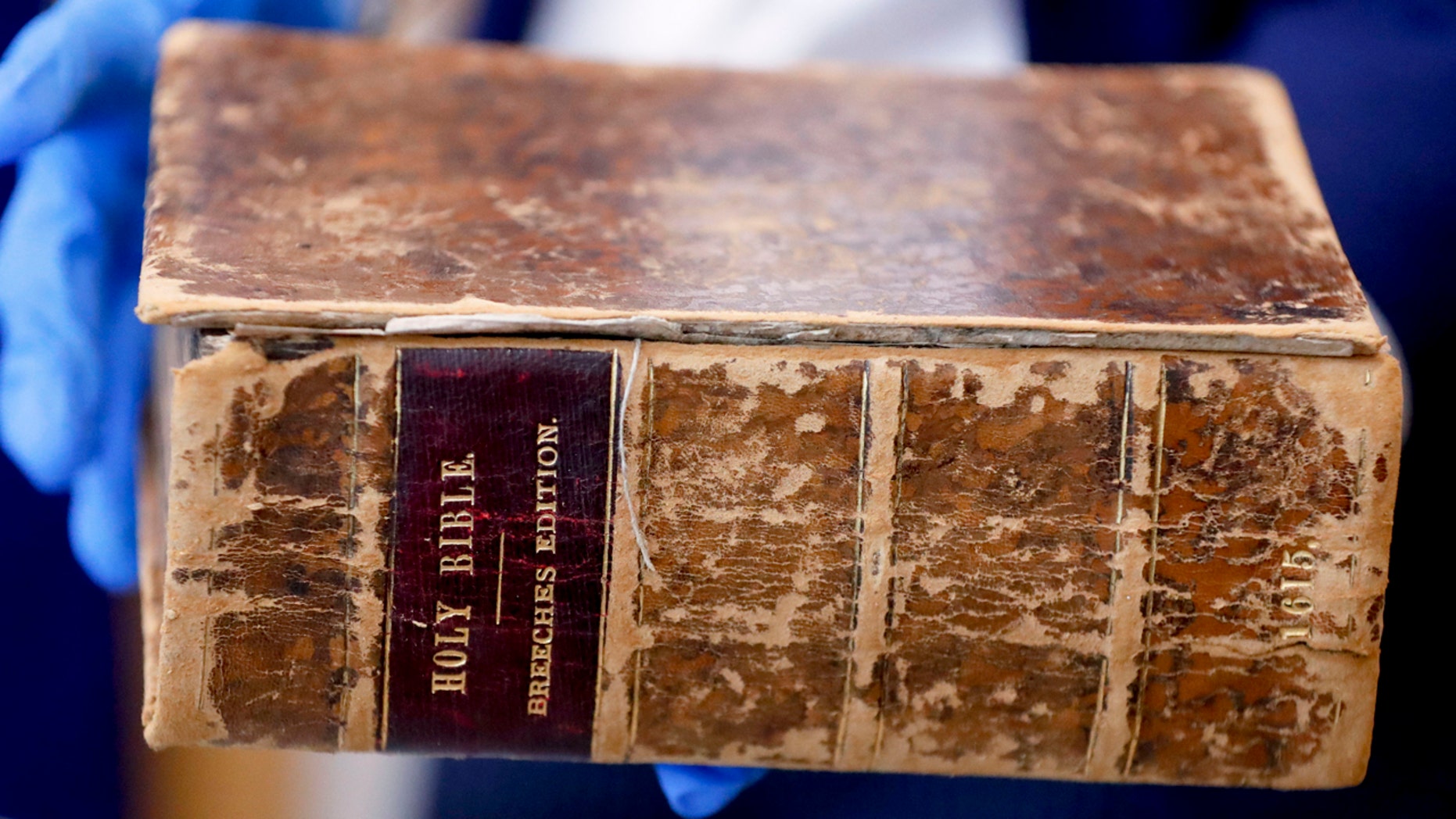 FBI supervisory special agent Shawn Brokos shows the recovered 1615 Breeches Edition Bible during a news conference, Thursday, April 25, 2019, in Pittsburgh. The Bible was stolen from the Carnegie Library in Pittsburgh in the 1990’s. It was traced to the American Pilgrim Museum in Leiden, Netherlands. (AP Photo/Keith Srakocic)

A rare Bible, stolen in the 1990s from the Carnegie Library in Pittsburgh as part of an extensive years-long heist with an estimated $8 million worth of items, has returned home, according to the FBI.

The 1615 Breeches Edition Bible was traced to the American Pilgrim Museum in Leiden, Netherlands, which had purchased it for $1,200. A former archivist at the Pittsburg library and a rare book dealer are accused of stealing it along with over 300 rare books, maps, plate books, atlases, and more that were discovered missing last year.

AT PASSION 2019, STUDENTS RAISE $400G TO TRANSLATE BIBLE FOR DEAF PEOPLE ACROSS WORLD

The 17th century Bible is “more than a piece of evidence,” Jones said Thursday. “From a dollar-figure sense, it is not priceless. From a history perspective, it is priceless.” 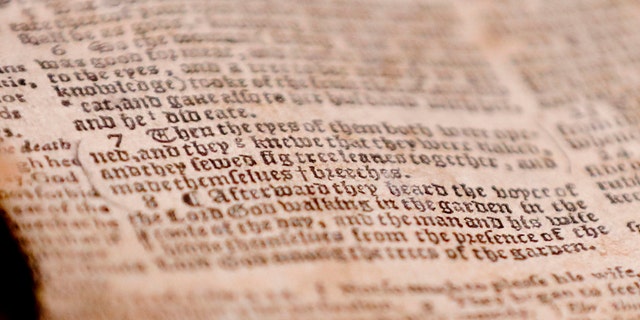 The word “breeches” is visible as the last word in verse 7 of chapter 3 in Genesis in the theft recovered Bible shown during a news conference, Thursday, April 25, 2019, in Pittsburgh. The word gives the 1615 Breeches Edition Bible that stolen from the Carnegie Library in Pittsburgh in the 1990’s its name. The stolen Bible was traced to the American Pilgrim Museum in Leiden, Netherlands. (AP Photo/Keith Srakocic)

Jones explained the first edition of the Geneva Bible was published in 1560. This particular edition, published in London four years after the first King James version, is similar to a Bible known to have been brought over by the Pilgrims in 1620.

Prosecutors say 18 of the stolen books have been recovered thus far, including one copy of Isaac Newton’s “Philosophiae Naturalis Principia Mathematica,” a watershed of science valued at $900,000, and John Adams’ “A Defense of the Constitutions of Government of the United States of America,” valued at $20,000.

The FBI hopes news of the recovery of this Bible will prompt others to look at their collections for any possible items stolen from the Pittsburgh library, including “An Inquiry into the Nature and Causes of the Wealth of Nations” the magnum opus by philosopher Adam Smith, valued at $180,000.

“Some probably are in private collections,” Jones said, adding, about the Bible: “I am happy to say it has finally made its way back to its rightful owner here in Pittsburgh.”