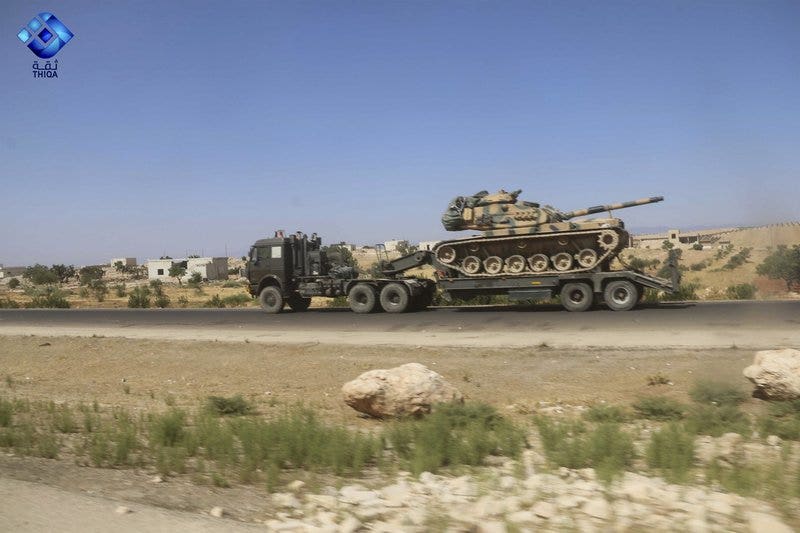 The main Syrian militant group linked to Al Qaeda pulled out of a key rebel town following the Syrian government forces’ campaign of bombardment and airstrikes.

The militant group, operating in the Syrian province of Idlib that held the town of Khan Sheikhoun since 2014, said in a statement released by Syria’s main Al Qaeda-linked faction that it had to make “a redeployment,” with its fighters withdrawing to areas south of the town.

“After fierce bombardment by the criminal enemy that avoids direct confrontation with holy warriors by implementing a scorched-earth policy, our fighters have redeployed south of Khan Sheihoun,” the statement said.

“After fierce bombardment by the criminal enemy that avoids direct confrontation with holy warriors by implementing a scorched-earth policy, our fighters have redeployed south of Khan Sheihoun.”

The withdrawal is a major loss for the militants in its last major stronghold of Idlib, in northwestern Syria, though the group pledged to continue fighting Syrian President Bashar Assad’s forces – backed by Russia – and defend the territory it still holds.

The government forces have been conducting an offensive campaign in Idlib and northern parts of the Hama province since April 30, forcing nearly half a million people to flee the area to safety while more than 2,000 people have died, including hundreds of civilians.

Opposition activists say Syrian government forces were able to penetrate parts of the town overnight thanks to air support from Russia. Syrian troops are now working to clear the area abandoned by militants of explosives and booby-traps.

The Britain-based Syrian Observatory for Human Rights, an opposition war monitor, said the Al Qaeda-linked Hayat Tahrir al-Sham and other insurgent groups withdrew from Khan Sheikhoun as well as all the towns and villages south of the town.

The group said Khan Sheikhoun was home to about 1 million people, with nearly 700,000 of them displaced by fighting in other parts of the country.

The town was also a stronghold of the Al Qaeda-linked militant faction, the most powerful group in rebel-held areas in Syria. The town was also the scene of a chemical attack on April 4, 2017, that left 89 people dead.