A retired United States Marine detained in Russia for eight months on allegation of spying will remain in detention for two more months, a Moscow court ruled Friday, despite the man’s claims that prison guards had injured him.

Paul Whelan, an American citizen who also holds British, Irish and Canadian passports, will remain detained until late October. Whelan is reportedly being held in cramped conditions at a Moscow detention facility. He felt unwell in court, forcing the court to call an ambulance, though paramedics said he won’t be hospitalized. 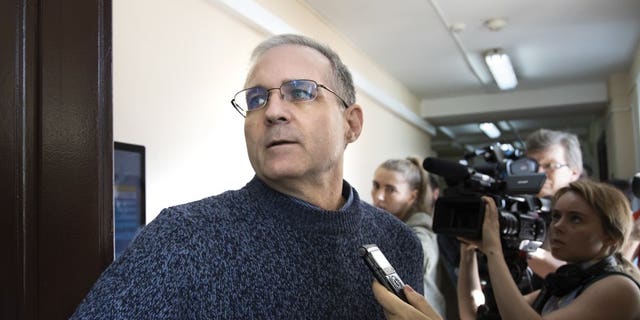 Paul Whelan, a former U.S. marine, left, who was arrested for alleged spying in Moscow at the end of 2018, is escorted by Federal Security Service officers to a court room in Moscow, Russia, Friday, Aug. 23, 2019. (AP)

“The prosecutor’s office also knows that I was injured by security guards in the pretrial detention center,” Whelan was quoted as saying by Interfax, a Russian news agency, noting that he was in “great pain.”

“Even Salem witches had more opportunities to defend their rights,” said Whelan, who’s facing up to 20 years in prison over the allegations of espionage.

Vladimir Zherebenkov, his lawyer, said that the pre-trial investigation should be over soon and the trial is expected to begin in the fall, the New York Times reported.

PAUL WHELAN, US MAN ACCUSED OF SPYING IN RUSSIA, CHARGED WITH ESPIONAGE: REPORT 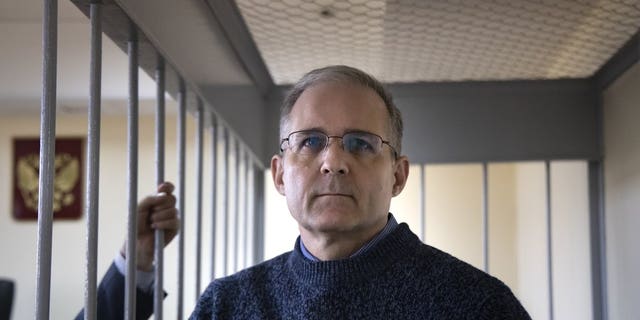 Paul Whelan, a former U.S. Marine, who was arrested for alleged spying in Moscow at the end of 2018, stands in a cage while waiting for a hearing in a courtroom in Moscow, Russia, on Friday, Aug. 23, 2019. (AP Photo/Alexander Zemlianichenko)

“We hope that Paul’s case goes to trial swiftly so that he can speak to the false charges laid against him,” his family said in a statement prior to the court appearance. “We will continue to seek his freedom and look for a diplomatic solution that will bring him back to his family.”

Whelan once pleaded with President Trump to intervene and secure his release during a June court hearing, saying, “Mr. President, we cannot keep America great unless we aggressively protect and defend American citizens wherever they are in the world.”

He accused Russian authorities of trying to “to force a confession,” and said that his “life has been threatened; my rights have been denied.”

Trump hasn’t spoken publicly nor tweeted about Whelan’s case, but media reports say U.S. National Security Adviser John Bolton and other Trump administration officials have spoken out against his continued detention, for which they claim the Russian government has produced no evidence.

Whelan previously worked for Kelly Services, which maintains offices in Russia. He received a “bad conduct” discharge from the Marines, according to his official military personnel file obtained by Fox News. His dates of service were listed as May 10, 1994, to Dec. 2, 2009.

The Associated Press contributed to his report.