AOC, Trump join list of celebs and social media stars as ‘most influential people on the internet’ 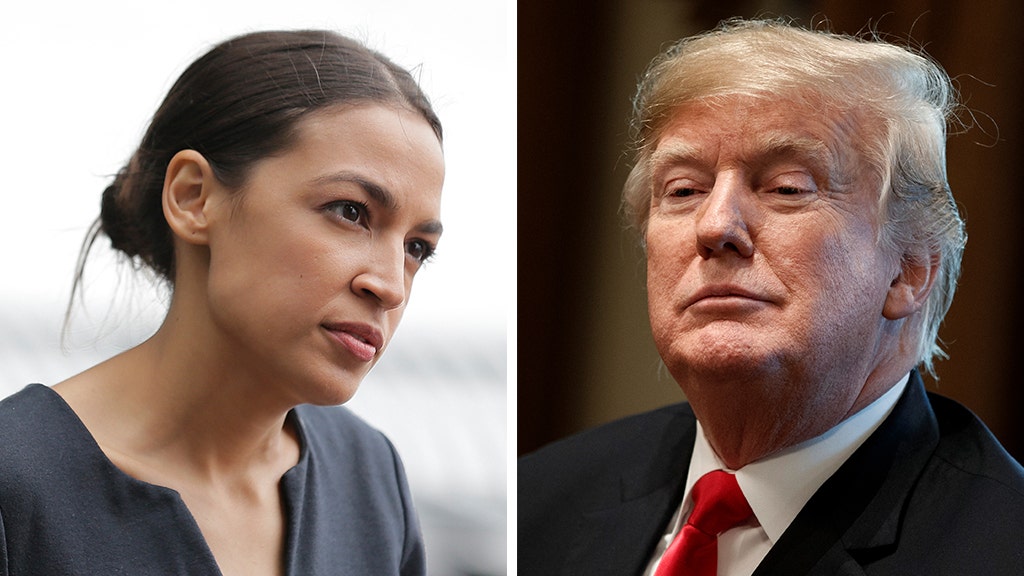 While Rep. Alexandria Ocasio-Cortez, D-N.Y., and President Trump differ vastly in their political views, a new ranking highlights some common ground between the two.

According to TIME magazine, both are incredibly effective at influencing people on the internet. The two joined a slew of celebrities — including singer Ariana Grande and the Duke and Duchess of Sussex  — on the publication’s list of the “25 Most Influential People on the Internet.”

The list came just as President Trump and Ocasio-Cortez traded barbs on Twitter in what was perhaps their most heated and direct exchange to date. Trump’s online comments about Ocasio-Cortez and other freshman congresswoman ignited a media firestorm involving the most powerful members of Congress.

The incident provoked a speech from House Speaker Nancy Pelosi, D-Calif., on Tuesday when she called on her Republican colleagues to denounce the president’s “racist” tweet about Ocasio-Cortez and others.

Earlier in July, Pelosi downplayed Ocasio-Cortez’s influence by comparing her substantial Twitter following to the few votes she was able to get in opposing a bipartisan border funding package.

On Tuesday, both Trump and Ocasio-Cortez continued battling via Twitter as the latter accused him of being a racist and the former charged progressive lawmakers with hating the United States.

Ocasio-Cortez also sparked a prolonged debate about Holocaust references when she used Instagram to accuse immigration enforcement of housing migrants in “concentration camps.”

Trump has long used Twitter as his proverbial bully pulpit, directly attacking Democrats and even using the platform to break news about changes in his administration. As the president struggled to obtain funding for border wall funding, he continually blasted Democrats on Twitter for what he saw as inaction on immigration reform.

Trump’s border wall got a boost from Air Force veteran Brian Kolfage, also on the list, who used the internet to crowdfund money for a southern border wall.

Vox writer Carlos Maza, another controversial figure in the Twittersphere, also made the list.