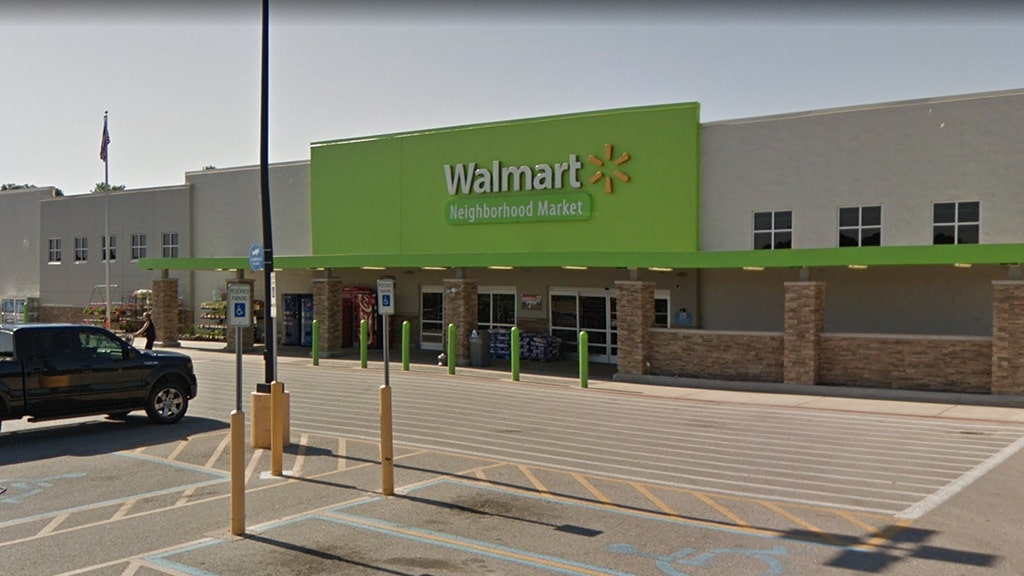 An armed man wearing body armor sent panicked shoppers fleeing from a Walmart store in Missouri on Thursday, but an armed off-duty firefighter was able to detain the suspect until police officers arrived to make an arrest, Springfield police said.

The 20-year-old suspect was carrying loaded tactical weapons, according to reports.

“His intent obviously was to cause chaos here, and he did that,” Springfield police Lt. Mike Lucas told The Springfield News-Leader.

“His intent obviously was to cause chaos here, and he did that.”

In a Facebook post, Springfield police wrote that officers were dispatched to the Walmart store around 4:10 p.m. Thursday on reports of  “an armed white male.”

The suspect was wearing body armor and military-style clothing, according to the News-Leader, which cited information from Lucas.  He walked inside the Walmart carrying a “tactical rifle” and another gun, the newspaper reported, and carried more than 100 rounds of ammunition.

The suspect grabbed a cart, pushed it around the store and recorded cell phone video of himself walking through the Walmart, Springfield’s KY3 reported, citing police.

The television station reported that the store manager pulled a fire alarm, which prompted people to flee from the store.

The suspect then made his way out an emergency exit where the firefighter held the man at gunpoint, the station reported, adding that police showed up about three minutes later and made the arrrest.

Police said no shots were fired and no one was injured.

“At this time, the investigation is on-going and we are working to determine his motives,” police said in the Facebook post.

A fire marshal was reportedly called out to the scene to inspect the suspect’s car in the parking lot, to make sure there were no bombs in the vehicle.  Police said investigators will review surveillance video from the store and also check the suspect’s social media accounts to see if he was live-streaming the events, the newspaper reported.

The incident happened five days after a mass shooting at a Walmart store in El Paso, Texas, that resulted in 22 deaths.