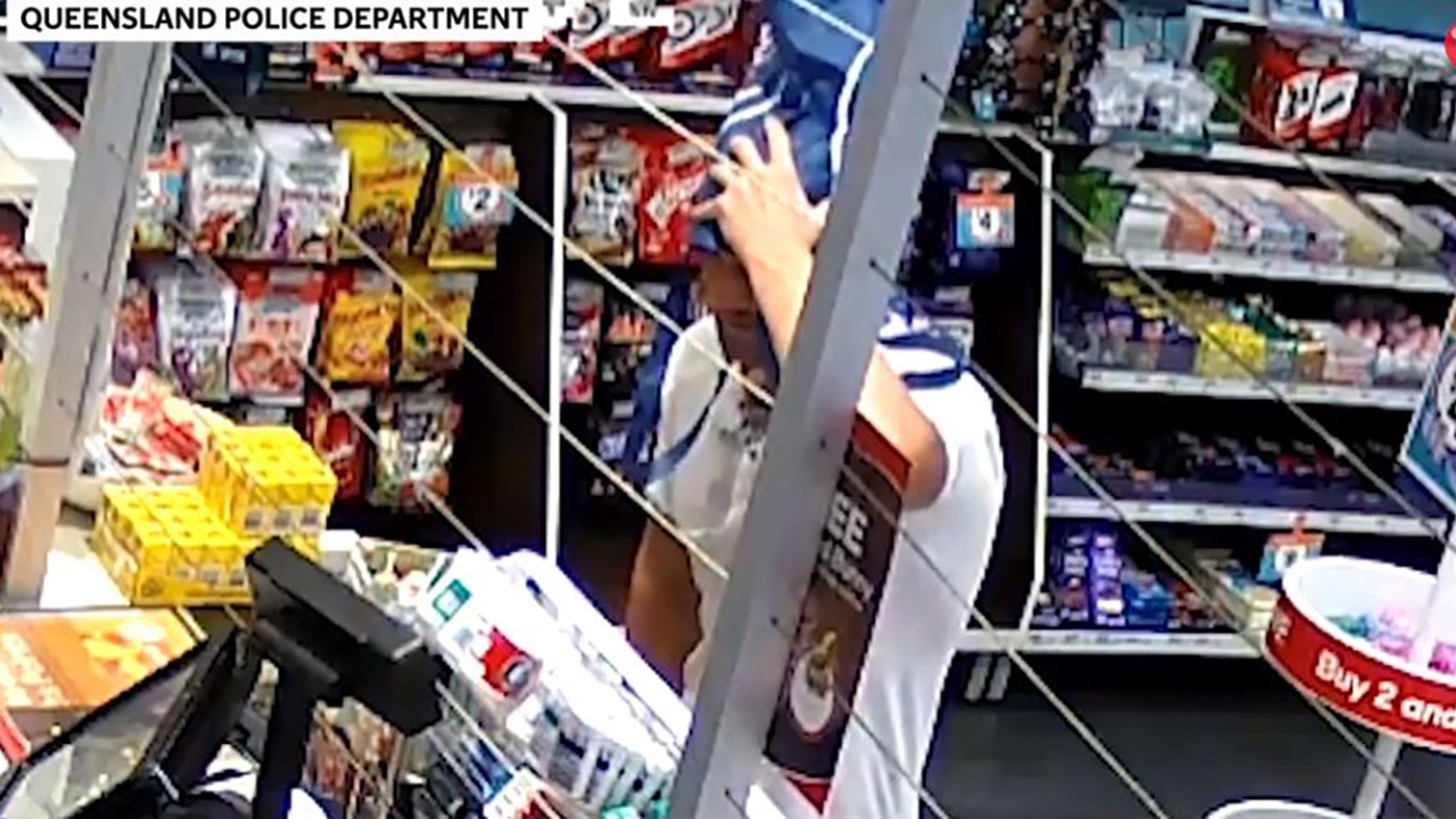 At least he reuses his bags!

An armed robber in Queensland, Australia, raised eyebrows after he appeared to give up on a blue reusable bag he was using to conceal his identity and instead used it to carry out stolen cash and goods from a gas station, according to police.

FLORIDA THIEVES USE SLEDGEHAMMERS TO STEAL OVER $340G OF JEWELRY: POLICE

Security footage shows a man enter a gas station store in Caboolture, north of Brisbane, around 8:30 p.m. with a blue reusable shopping bag over his head to mask his identity, police said. The man allegedly threatens the female clerk with a knife who then hands over cigarettes and opens the register for the thief.

The robber first stashed the goods in his pockets, but then removes the bag from his head to carry the remaining bundles of money and cigarettes packs from the shop, leaving his face on full view to cameras in the process, police said.

Police said no one was injured in the incident and are asking anyone with information to come forward, The Independent reported.