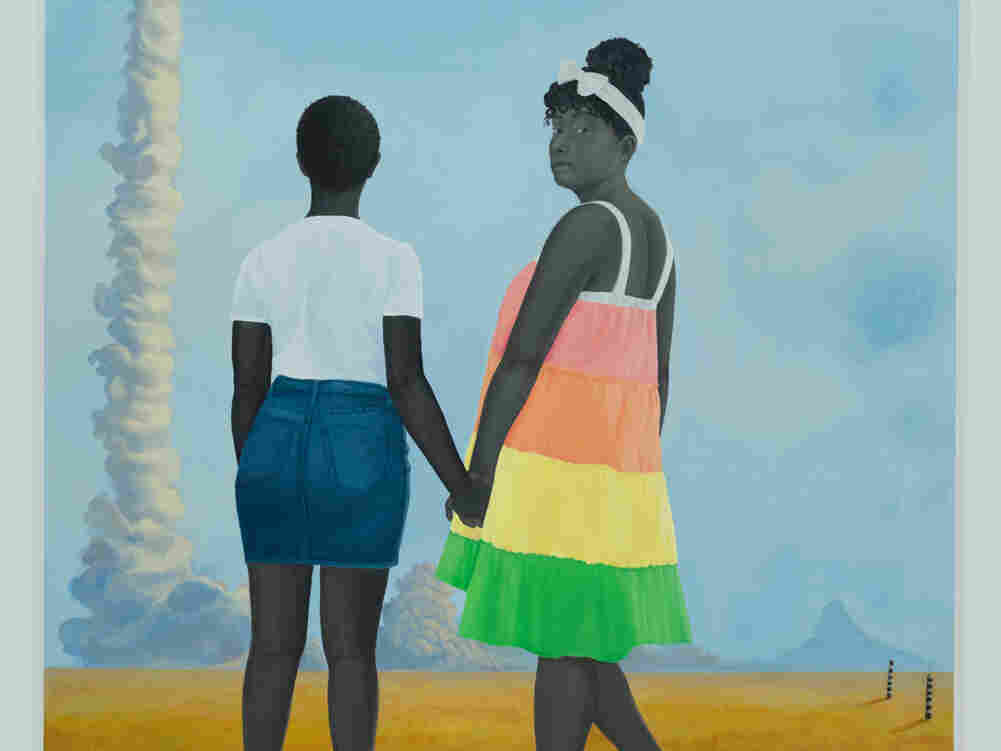 The Baltimore Museum of Art

The Baltimore Museum of Art will only buy works by women next year, as part of a yearlong series exhibiting art by women. Amy Sherald’s Planes, rockets, and the spaces in between (2018) is among the 3,800 works by women in the museum’s collection.

The Baltimore Museum of Art

Step into one of the nation’s top art museums, and most of the works you’ll see were made by men.

The Baltimore Museum of Art has decided to make a bold step to correct that imbalance: next year, the museum will only purchase works made by female-identifying artists.

“This how you raise awareness and shift the identity of an institution,” museum director Christopher Bedford told The Baltimore Sun. “You don’t just purchase one painting by a female artist of color and hang it on the wall next to a painting by Mark Rothko. To rectify centuries of imbalance, you have to do something radical.”

The move is part of a larger initiative launched in October called 2020 Vision, a series of 22 exhibits at the museum celebrating female-identifying artists. The initiative includes 13 solo exhibitions and seven thematic shows, with more being planned. Next year marks a century since women were guaranteed the right to vote in the United States, with the ratification of the 19th Amendment.

The Baltimore Museum of Art has 95,000 works, including the world’s largest collection of works by Henri Matisse.

Its collections include 3,800 works by women artists and designers – just 4% of its holdings.

A portrait by Sarah Miriam Peale was given to the museum in 1916, two years after the museum’s founding, becoming the first work in its collection by a female artist. Over the last several decades, the museum has added many major works by women, and its collection includes works by Mary Cassatt, Cindy Sherman and Amy Sherald, known for her portrait of Michelle Obama.

A 2019 study of 18 major U.S. art museums found that 87% of artists in their collections are men, and 85% of the artists are white. Another study earlier this year found that up to 10% of art galleries don’t have a single woman among the artists they represent.

The BMA isn’t alone in working to correct this longstanding gender imbalance. The National Museum of Women in the Arts in Washington has 5,500 objects in its collections and presents 10 exhibits featuring women artists each year.

BMA chief curator Asma Naeem told The Washington Post that the 2020 program is an effort at “re-correcting the canon.”

“The challenges are systemic and widespread, because many of the works in local donors, local patrons’ collections are traditionally made by male artists,” she said. “There are these various subtle but consistent, pervasive markers of what is considered creative achievement, and we are trying to reset all of those markers.”