Bank of America Will Lift Minimum Wage to $20, as Lawmakers Spotlight Inequality 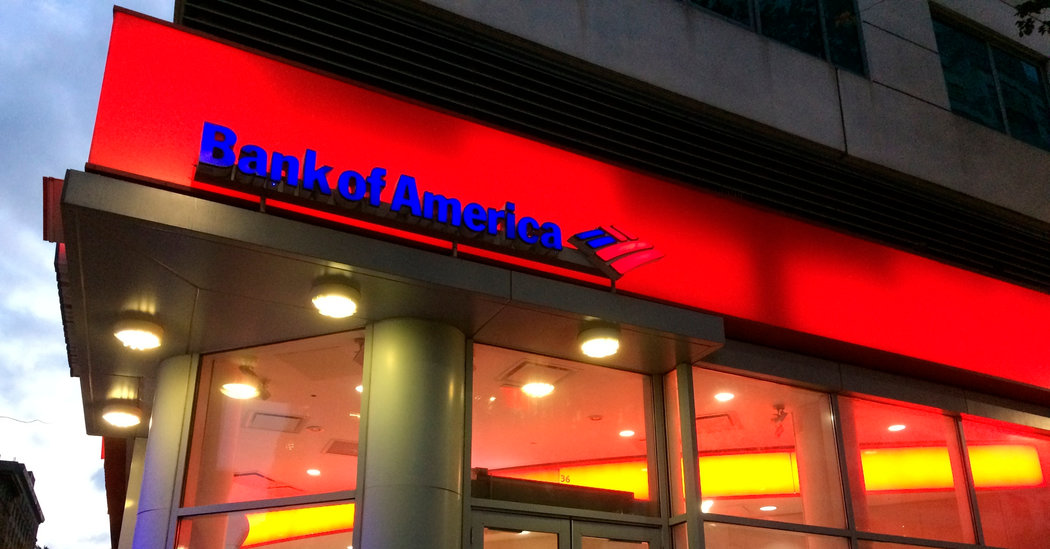 A day before he was to appear at a congressional hearing focused on the biggest banks in the United States, Bank of America’s chief executive, Brian Moynihan, said on Tuesday that the bank planned to raise its minimum wage to $20 an hour from $15 over the next two years.

It was another example of how big banks are trying to deal with shifting political winds in Washington, where they face new scrutiny under the Democrats, who now control the House of Representatives.

Income inequality has become a key focus of some liberal lawmakers, some of them part of the tide of Democrats swept into office in last year’s midterm elections. And now the banks’ leaders must explain to progressive representatives like Maxine Waters of California and Alexandria Ocasio-Cortez of New York why they are paid more than 700 times what low-wage workers, including some tellers in their branches, earn each year.

Appearing on the MSNBC show “Morning Joe,” Mr. Moynihan said that starting next month, Bank of America’s lowest-paid employees would earn $17 an hour. The hourly rate would increase incrementally over the next two years until it reached $20, the highest minimum wage paid by any of the country’s largest banks.

JPMorgan Chase said last year that it was using some of the savings it had realized as a result of the Trump administration’s corporate tax cuts to raise its minimum wage to $15 an hour.

Mr. Moynihan is set to appear before the House Financial Services Committee, where he and leaders of Bank of New York Mellon, Citigroup, Goldman Sachs, JPMorgan Chase, Morgan Stanley and State Street Corporation are expected to be questioned on issues like executive pay, diversity, fair lending and the financial services industry’s ties to gun makers.

For years under Republican control of the committee, members focused on the effects of Dodd-Frank financial regulations. Now, instead of lamenting the constraints of stricter regulations, banks are being forced to respond to lawmakers’ inquiries about compensation and fair competition. Ms. Waters, who is chairwoman of the committee, recently harangued Wells Fargo’s chief executive, Timothy J. Sloan, for receiving a $2 million bonus even as regulators continued to criticize the bank’s performance. (Mr. Sloan resigned on March 28.)

The change is reflected in the topics that banks and trade groups choose to address at industry events. Discussions of income inequality are popping up in places like the Bank Policy Institute’s annual New York conference and the World Economic Forum’s retreat in Davos, Switzerland.

“Meet the new hyper-attuned bank C.E.O.s.,” said Mike Mayo, an analyst for Wells Fargo who covers Bank of America and other big banks. “If the top levels of the financial industry were tone-deaf around the financial crisis, this is the opposite.”

Big banks face growing pressure to show they are treating their less-powerful customers and employees well. On Tuesday at Bank of New York Mellon’s annual shareholder meeting, the Rev. Jesse L. Jackson, the civil rights leader, was in the audience. During a question-and-answer session, he first praised the bank’s chief executive, Charles W. Scharf, “on your efforts to achieve diversity across the United States in a fundamental way.”

But, he added, the bank still has work to do. “There’s too much disparity, too little transparency,” he said. “Are you preparing to raise the wages of workers, for example?”

Across the country, workers in low-wage jobs often find they need government assistance even though they have full-time employment, or even several jobs. A 2015 report from the Center for Labor Research and Education at the University of California, Berkeley, found that bank tellers were among those who struggled to earn enough.

A spokeswoman for Bank of America said the new wage would affect tellers as well as workers in consumer banking, technology and operations and staff support, among other areas. The bank has over 200,000 employees.

At Wells Fargo, which has been working to repair its culture and its standing with regulators after a series of scandals, some employees have had their pay stagnate or shrink as the bank reshaped its incentive plans so that they no longer encouraged cheating. Some rank-and-file employees have reported difficulties making ends meet. In 2017, Wells Fargo set its minimum wage at $15 an hour, up from $13.50.

Mr. Scharf said at Tuesday’s meeting that Bank of New York Mellon had recently raised its minimum wage to $15 an hour.

Another source of pressure is an effort by the wealth management company Arjuna Capital to get several big banks, including Bank of America and Bank of New York Mellon, to disclose comparisons of the pay for men and women, and for white employees and minorities.

“The most striking feature of these banks is that they’re run by white men, and that there isn’t a balance of gender and racial equity in the top jobs,” Arjuna’s managing partner, Natasha Lamb, said in an interview on Tuesday. “Really, the goal of our proposal is to create a more diverse, balanced leadership.”

Bank of America and Bank of New York Mellon both advised shareholders to vote against Arjuna’s proposal this year, as did Wells Fargo and JPMorgan. Citigroup revealed last year that the median pay gap between its male and female employees was 29 percent — women earned that much less — while the gap between white and minority workers was 7 percent.

The Committee for Better Banks, an activist group that promotes employee unions, reported on Tuesday that in 2018, the six largest banks — JPMorgan, Citibank, Wells Fargo, Bank of America, Goldman and Morgan Stanley — laid off more than 3,000 employees in total, an increase from 349 the previous year. Last year also had record annual profits for the banks.