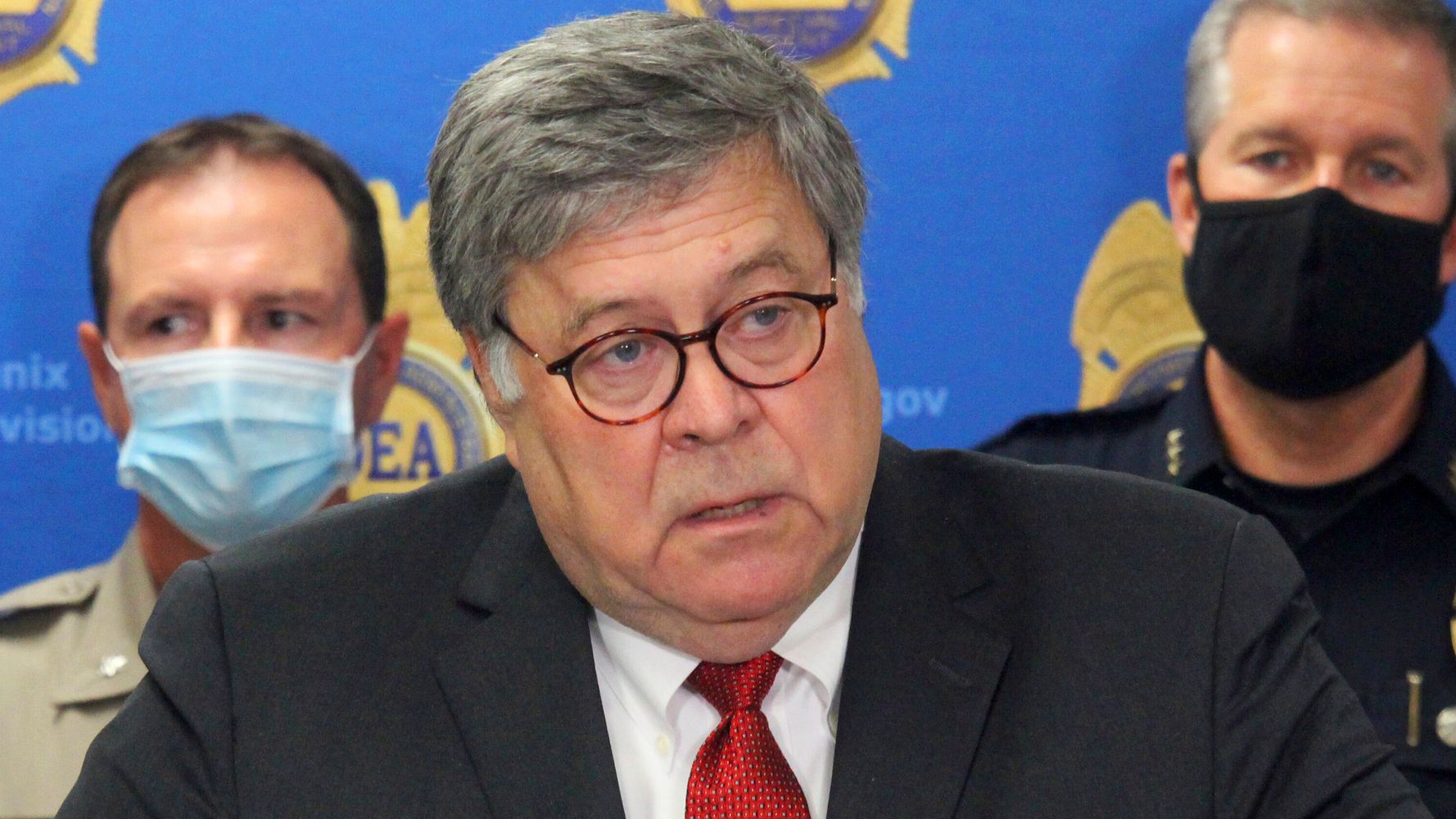 Barr spoke with U.S. attorneys around the country during a call last week following months of largely peaceful demonstrations that surged nationwide following the May 25 death of George Floyd, a Black man who died after a white Minneapolis police officer knelt on his neck. The Wall Street Journal first reported that the attorney general urged prosecutors to pursue federal charges whenever they could, listing laws they could potentially cite.

The attorney general specifically pointed to a rarely used sedition law, which criminalizes plots to overthrow the government. Although rarely invoked, violations of the provision have been treated harshly in the past: The New York Times noted a seditious conspiracy conviction can carry a sentence of 20 years in prison.

The Department of Justice did not immediately reply to HuffPost’s request for comment.

Barr’s efforts come amid Donald Trump’s attempt to cast himself as the “law and order” president as he seeks reelection. Trump regularly cited Seattle in his attacks on the racial injustice protests, specifically demonstrators who had established a police-free zone for several weeks this summer.

The president had called those in the zone “domestic terrorists” and sent federal agents to the city despite local leaders’ protests.

The Times added that Barr had asked prosecutors to investigate if they could charge Seattle Mayor Jenny Durkan, a Democrat and frequent target of the president, with any crimes. The publication notes such pressure is highly unusual and adds to concerns that Barr is politicizing the Justice Department and potentially wading into spats that could benefit Trump and his administration.

The attorney general has aggressively defended the president in recent months and taken a hard line against demonstrators, often blaming national turmoil on anti-fascists.

The nationwide protests calling for an end to police brutality and systemic racism have been largely peaceful but have at times turned violent. Demonstrators affiliated with the far left and far right have been arrested and charged with looting and acts of violence, including deadly shootings. Earlier this month, police officers closing in on an arrest shot and killed Michael Reinoehl, who was suspected of fatally shooting an associate of a right-wing group at a rally in Portland, Oregon.

Other cases have targeted members of the “boogaloo” movement, a far-right cause that predicts an inevitable civil war in the U.S.

Last week, Barr told the Chicago Tribune that if Trump loses the November election, the nation would be “irrevocably committed to the socialist path” and rejected the president’s public assertions that he could reject the results if election results show he lost.

“You know liberals project,” Barr told Tribune columnist John Kass. “All this bulls― about how the president is going to stay in office and seize power? I’ve never heard of any of that crap. I mean, I’m the attorney general. I would think I would have heard about it. They are projecting. They are creating an incendiary situation where there will be loss of confidence in the vote.”