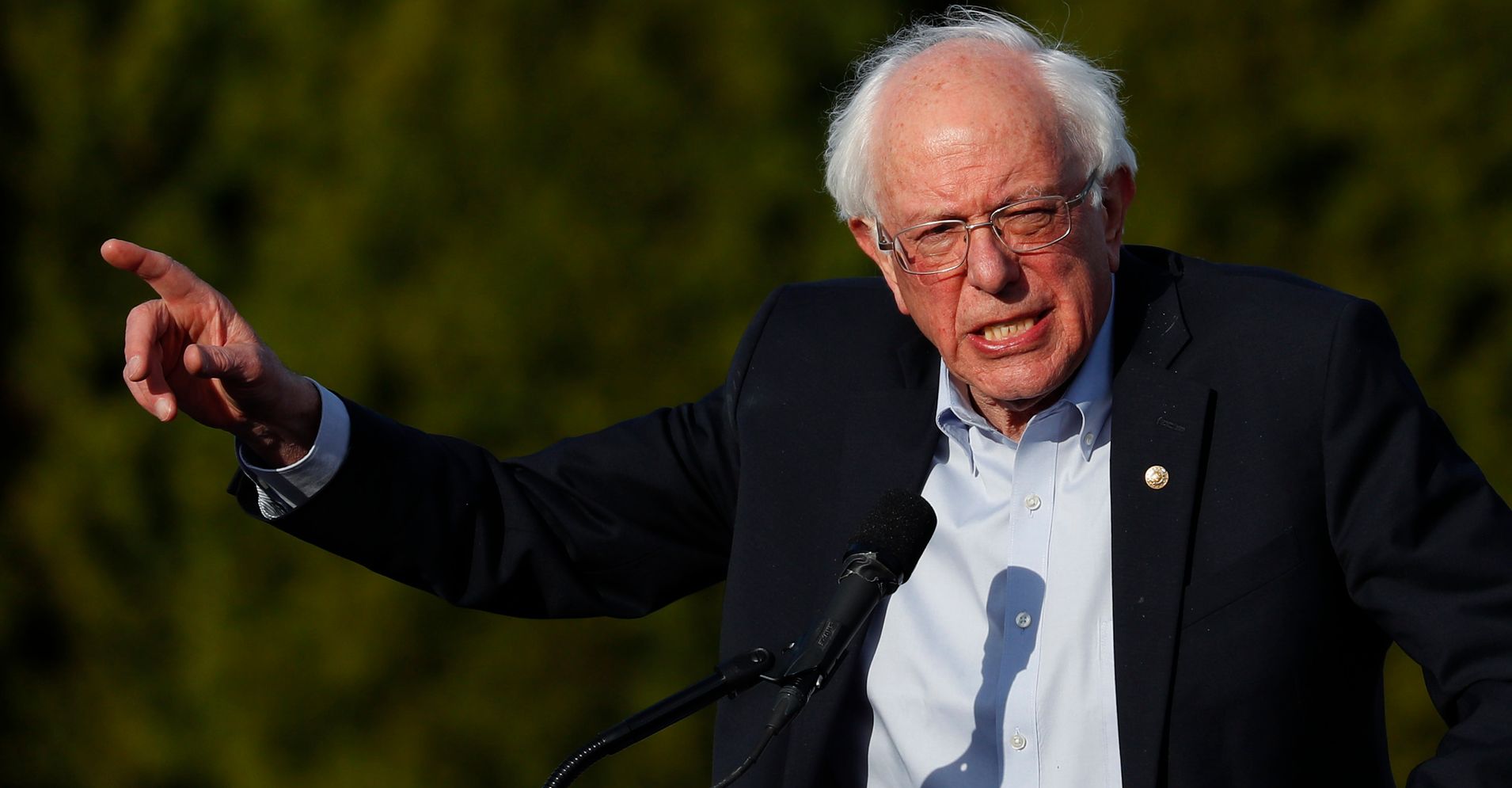 Sen. Bernie Sanders (I-Vt.) on Sunday accused the Center for American Progress, a prominent liberal think tank closely linked to leading Democrats, of trying to undermine his bid for the party’s presidential nomination and sabotage support for progressive proposals like “Medicare for All.”

In a letter addressed to the group’s board, Sanders took direct aim at CAP president Neera Tanden, saying she “repeatedly calls for unity while simultaneously maligning my staff and supporters and belittling progressive ideas.”

Sanders pointed to several recent articles and a videopublished last week by ThinkProgress ― a website associated with though editorially independent from CAP ― as evidence of the think tank’s animosity toward him and other progressive candidates in the race.

“This counterproductive negative campaigning needs to stop. The Democratic primary must be a campaign of ideas, not of bad faith smears. Please help play a constructive role in the effort to defeat” President Donald Trump, Sanders said in the letter.

Tanden is a longtime confidante of former Secretary of State Hillary Clinton, who defeated Sanders in the long and bitter 2016 Democratic presidential primary. The feud between Sanders’ supporters and Clintonworld stalwarts like Tanden has only continued since then, especially on Twitter.

The ThinkProgress video, titled “Bernie’s millionaire problem,” focused on Sanders’ promised release of tax returns and his wealth earned by authoring a book during his 2016 presidential campaign. Last week, he told reporters that it “bothers him a bit” that he keeps getting asked about becoming a millionaire.

The senator is set to release his tax returns on Monday.

CAP spokesperson Daniella Gibbs Léger responded on Sunday to Sanders’ barbs with a statement saying the group does not “suggest, edit, approve, or see” ThinkProgress articles before they are published.

“We cannot and will not muzzle ThinkProgress, an editorially independent journalistic enterprise, and we believe it’s wrong for any political leader to demand it do so,” she said.

Last year, CAP released an ambitious new health care proposal which its authors call “Medicare Extra for All.” It would create a new public program, based on Medicare, that would be open to anybody ― but it is still less sweeping than the Medicare for All plan Sanders unveiled last week.

In an email to supporters on Sunday, Sanders’ campaign solicited donations to take on the think tank, which it accused of being “bankrolled by billionaires and corporate executives that profit from finance, pharmaceutical companies, and fossil fuels.”

CAP’s leadership, the email continued, “has been pretty upfront about their disdain for Bernie — and for all of us. They see our political revolution as a threat to their privilege and influence.”