Biden’s campaign described the buy as “the single largest paid media investment the campaign has made to date,” and deputy press secretary Matt Hill tweeted that the former vice president’s team is “going big on paid media and reaching voters across the map.”

TRUMP CAMPAIGN RETURNS TO THE ECONOMY WITH 8-FIGURE AD BUY

While President Trump‘s campaign had the upper hand early in the general election when it came to ad spending, Biden’s campaign has dramatically outspent the president’s team since mid-August when it comes to running TV commercials. The spending between the two campaigns is much more competitive when it comes to digital advertising. 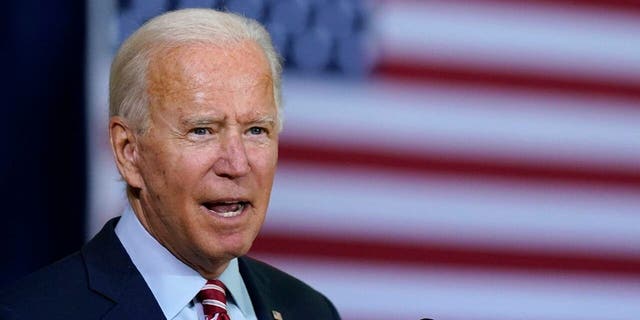 The Biden campaign’s Wednesday announcement comes two days after Fox News was first to report that the Trump campaign was going up with a new $10 million ad blitz with spots showcasing the president’s economic achievements.

The president took to Twitter on Tuesday to push back against media reports spotlighting the ad buys.

“We are advertising all over the place, but as much as we do, the Fake News likes to say we aren’t. Just being smart,” Trump tweeted.

The new Biden ad blitz includes releasing a pair of new ads today that focus on families with children who have preexisting conditions and the importance of protecting their health care.