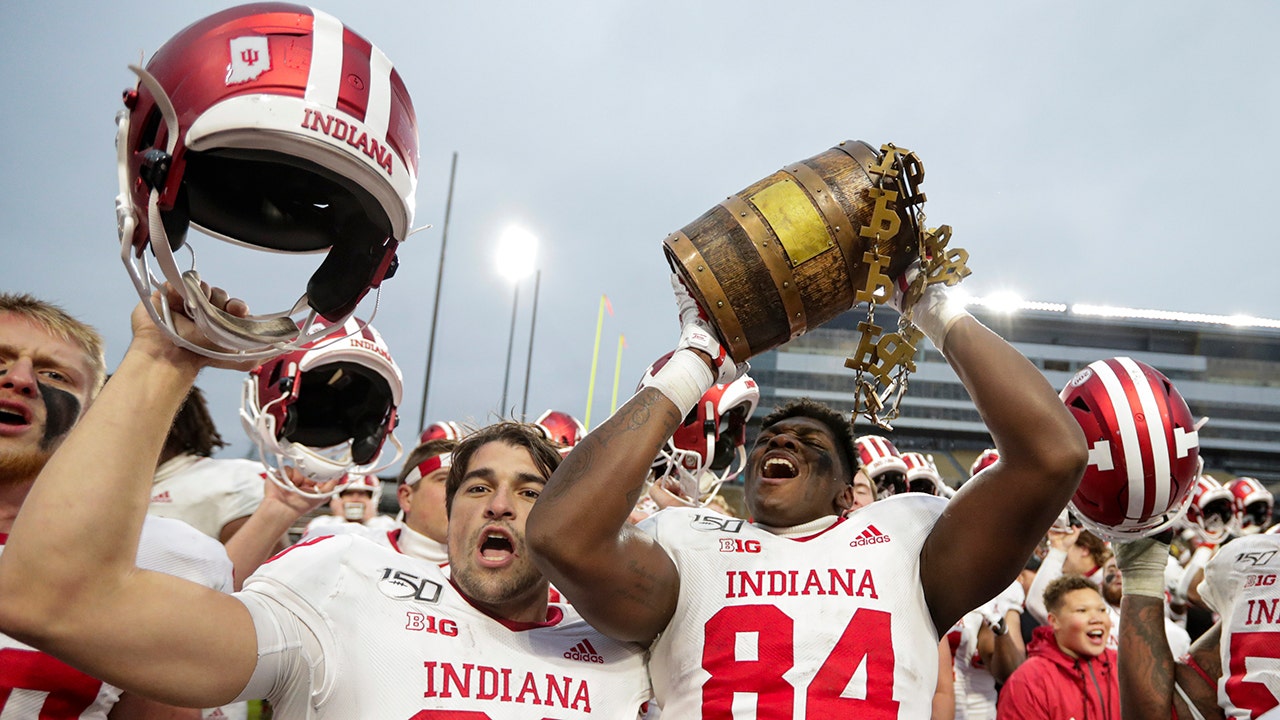 Now that the Big Ten has a rescheduled kickoff weekend, coaches and players can start the sprint to opening day.

After canceling spring football, limiting and sometimes pausing offseason workouts, shutting down full-contact practices and eventually postponing the season, the league’s 14 university presidents and chancellors have given teams five weeks to accomplish what typically takes months — getting into football shape by late October for the start of a most unusual season.

“We’re going to be ready to play on (October) the 24th,” Ohio State coach Ryan Day said, referring to the new opening weekend. “You know, the ramp up to that, and the 20 hours (of weekly practice), and putting on pads has been well thought out. So we’ll be ready. We’ll play with depth.”

Vocal critics of the school leaders who voted 11-3 to postpone all fall sports amid an August uptick in COVID-19 cases have been largely silenced by the unanimous vote that put Big Ten football back on the calendar alongside the ACC, Big 12 and SEC.

Stadiums will be mostly empty and tickets will not be sold to the public. The season has been reduced from 12 games to eight with the opportunity for a ninth around the Dec. 19 conference championship game.

Players will undergo daily antigen testing before practice and if two tests confirm a positive result, the player must sit out 21 days before being cleared for game action. Those who contract COVID-19 must be cleared by a school-designated cardiologist before returning. Teams will have backup plans if the head coach or an assistant falls ill.

Not everyone is following the same script, either. Indiana University plans to conduct daily testing starting Thursday. The league won’t require it until Sept. 30.

And though everyone understands the guidelines and polices, coaches may spend more time over the next few weeks contemplating how to properly sanitize practice facilities, meeting rooms and locker rooms than crafting game plans because the healthiest team could emerge as the league champ.

“My initial concerns were how do you meet, how do you practice, how do you keep social distancing during your practice but (also) in meetings and all the situations when you have close quarters.“ said Wisconsin athletic director and former football coach Barry Alvarez, who noted he’s been assured it’s achievable. “To me, that was the hardest (part), this adjusting your players and coaches to a change in how you go about your day-to-day routine.”

On the field, there are other risks like injuries.

While the Big Ten permitted teams to run and lift weights as well as doing light work in helmets for 12 hours per week over the past month, the intensity of full-contact practices will pick up quickly.

Purdue coach Jeff Brohm and Indiana coach Tom Allen don’t plan to change much this week or next.

What else will be on the coaches’ plates? Discussions about travel and depth charts and playbooks. And some non-traditional recruiting.

Day believes he can persuade offensive lineman Wyatt Davis and cornerback Shaun Wade to play after each previously said they would opt out to focus on their NFL hopes. Penn State tight end Pat Freiermuth confirmed he plans to play while Brohm plans to see if Rondale Moore, one of the league’s most electric players, might return to the Boilermakers.

“We’re going to support any decision he wants to make and the direction he wants to go,” Brohm said. “But yes, we’re definitely going to look into it and see where that goes.”

Schedules will look different, too.

By playing nine consecutive weekends, the Big Ten can finish in time to be in the playoff mix and the bowls hunt. Friday night telecasts are likely to return while traditional Thanksgiving weekend rivalries, such as Michigan-Ohio State and Indiana-Purdue, could find new dates. And then there’s the cross-division finish against a Week 9 opponent yet to be determined.

“I have to give (Michigan coach) Jim Harbaugh a lot of credit as he was the one that came up with that idea,” Allen said. “We talked for a long time about how we decide who that ninth game is against, whether it was a blind draw against somebody from the other division. But he came up with the way to have parity in that last game. That is where we came up with the No. 7 plays No. 7 and so on.”

But despite all the unknowns, all the fears and no time to waste, there is one unifying hope it all goes off without a hitch.

“Our players want to play, our coaches want to coach and our fans want to watch,” Nebraska athletic director Bill Moos said. “We’re going to be able to do all these things now, so that’s why it’s a celebration. I believe, and very strongly, that the state of Nebraska needs football. In the world I live in, football needs Nebraska. We’re going to be able to deliver that and I’m very very excited.”