“Did you see this Klan rally he was having there?” Maher joked at the start of the 500th episode of “Real Time,” which he has been hosting since 2003. He added that Trump supporters had a “goldfish memory.”

Maher later congratulated himself for the influence he believes his show has had on America.

“We went on the air in 2003. Since then, weed has become increasingly legal, religion is on the decline, and less people are having children,” he said. “You’re welcome, America.”

Maher continued with jokes about Trump being a racist. For example, he told the audience that Hope Hicks — Trump’s former White House communications director — had admitted during Capitol Hill testimony this week that she had told “white lies” to protect the president.

“That’s Trump for you,” Maher said. “Even the lies have to be white.”

“That’s Trump for you. Even the lies have to be white.” 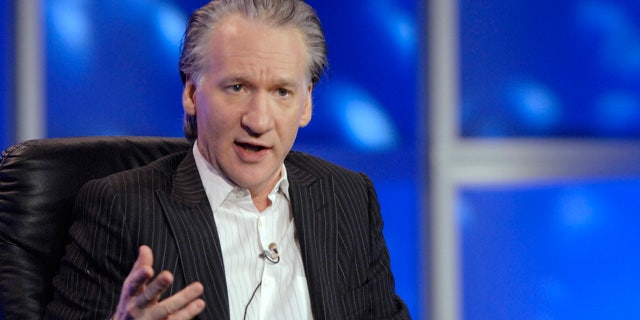 Later, Maher took issue that the media did not point out that members of the controversial Proud Boys group had attended the Orlando rally, adding that the group’s members were “accepted” by Trump’s base.

“Look at these guys,” Maher said, referring to the Proud Boys. “They’re making that, that sign, that white supremacist sign, and they’re welcomed as part of this base. OK, I didn’t hear about that at all this week.”

One of Maher’s guests, Dan Savage — the syndicated columnist and LGBT activist — asserted that the Republican Party was “controlled by racists.”

“I always imagined that… some real person who, like, sees this chattering going on among people who sit in places like this on the coasts and are always talking about some nonsense and they’re like, ‘What the f— are you talking about?'” Maher said.

He noted that if Democrats planned to defeat Trump in 2020 by running on the topics of “concentration camps” and reparations, he wasn’t sure they could pull it off.