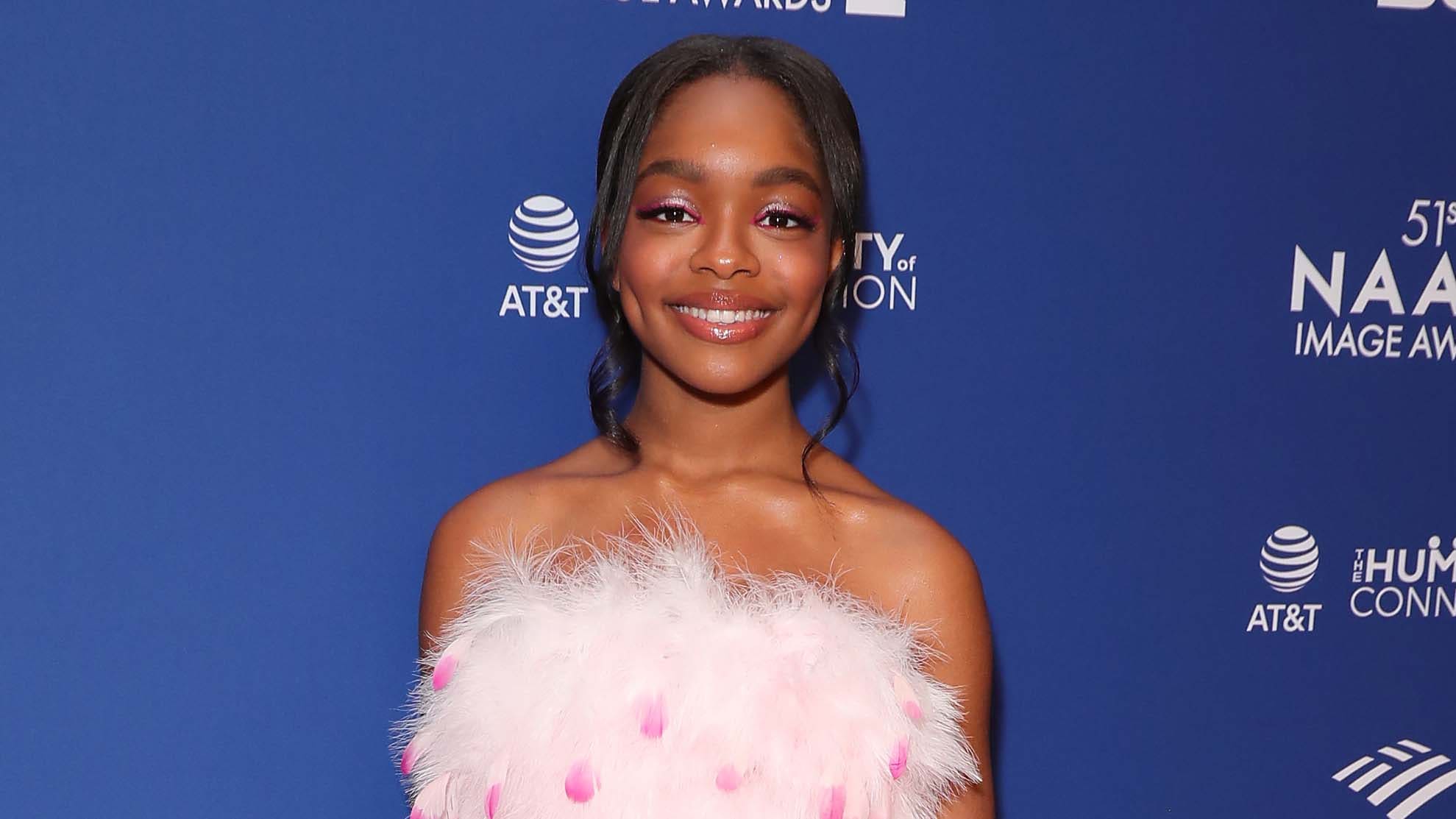 “Black-ish” star Marsai Martin has more to worry about than the way she looks.

Martin, 15, appeared during the virtual BET Awards on Sunday, where she presented the award for best female hip-hop artist to Megan Thee Stallion.

In the video, the starlet feigns opening an envelope as she would have done had the awards been live and in person, noting she had “the winner in her head.”

Twitter users criticized Martin’s look for the evening, particularly her hair and teeth, saying she made a “poor wig choice for a young lady” and accusing her of using veneers.

Unafraid to address the situation, Martin took to Instagram to shut her critics down in a cheeky video.

“So, I was on Twitter and a lot of people have been addressing my hair, talking about my hair and how it looks like a grandma’s wig,” she began, tugging on her hair to prove it’s not a wig as she seemingly held back tears. “And they’re talking about my veneers.”

The actress pulled out her invisible braces, explaining that they “don’t look like a veneer” before apologizing to “offended” fans and for not meeting their expectations.

Choked up, the actress reaches off-screen for a tissue, pulls a $100 bill back into the frame and pretends to blow her nose in it.

“Y’all we are in quarantine and we got more things to focus on than just my hair,” she said. “Justice for Breonna Taylor.”

She also took to Twitter that evening to again address the criticism.

“Sorry some of y’all don’t like my hair. Or teeth … which are my actual teeth btw. Good thing I don’t put my effort into trying to please everyone. I like it,” she wrote. “Chile I’m 16 this year, let me live. I’m trying to stay sane in quarantine. Enjoy the #BETAwards.”

Martin showed off her look on Instagram earlier in the evening, sharing images of herself wearing a yellow dress while relaxing on a pool floaty.

“Welcome to my red carpet,” she joked in the caption. “Make sure you watch the BET awards tonight on CBS and @bet‼️”

Martin is best known for playing Diane Johnson in the hit sitcom “Black-ish,” but has also made history as Hollywood’s youngest executive producer for her work on 2019’s “Little.”