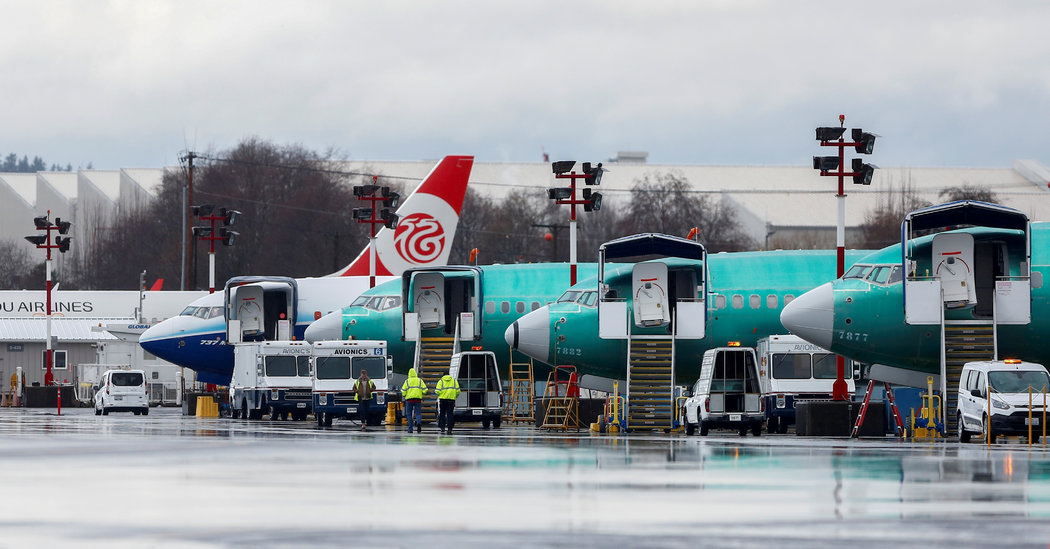 The return of Boeing’s 737 Max has been delayed again. On Tuesday, the company said that it did not expect regulators to approve the jet to fly again until the middle of the year. American Airlines, United and Southwest had already taken Max flights off their schedules until June and this new timeline will further push back when the plane will be available for commercial flights.

The Max was involved in two accidents, in late 2018 and early 2019, that killed 346 people. It has been grounded worldwide since last March.

Boeing has encountered repeated setbacks in its efforts to return the plane to service, as the company and regulators continue to find flaws with the Max that go beyond an automated software system known as MCAS, which contributed to both accidents. Late last year, the company discovered a potential problem with wire bundles on the plane, which were placed so close together that an electrical short could cause a catastrophic accident.

In assessing the issue, the company discovered about a dozen places in the Max where wire bundles may need to be separated, including in the electrical bay under the cockpit, according to two people familiar with the situation who spoke on the condition of anonymity to discuss internal matters. The company is still analyzing whether it needs to separate the wire bundles, the people said.

“Returning the Max safely to service is our No. 1 priority, and we are confident that will happen,” the company said in a statement. “We acknowledge and regret the continued difficulties that the grounding of the 737 Max has presented to our customers, our regulators, our suppliers and the flying public.”

The grounding of the Max is the worst crisis in the company’s 117-year history. It has cost the company billions of dollars, led to the ouster of its chief executive and disrupted the global aviation industry. Last month, Boeing announced that it would temporarily halt production of the Max.

Boeing is the largest manufacturing exporter in the United States. It employs more than 130,000 people, in all 50 states, in addition to a network of thousands of suppliers. The Max production shutdown led one of them, Spirit AeroSystems, to announce that it was laying off 2,800 employees.

The mass cancellation of flights caused by the grounding has led to steep losses for airlines, which have scrambled to fill key routes without a workhorse jet. Several airlines, which pay roughly $100 million each for the Max planes, have reached settlements with Boeing to compensate for those losses.

Boeing’s announcement on Tuesday was a departure from the company’s handling of the crisis under its previous chief executive, Dennis A. Muilenburg, who was prone to making overly optimistic projections about how quickly the plane would fly again. The delay through June reflects a new appreciation for the difficulties facing the company and the Federal Aviation Administration, which is under intense pressure to prove to lawmakers and the flying public that it has conducted a thorough review of the plane.

Boeing prepared the estimate on when the Max would be approved for its own financial planning in advance of the company’s report on quarterly earnings next week, said Gordon Johndroe, a company spokesman. It did not expect any layoffs as a result of the move. The company also wanted to publicize the new timeline before United, Southwest and American Airlines report quarterly earnings this week “to make sure they had our most recent estimate,” Mr. Johndroe said.

Airline stocks, which opened the day down on fears of the potential impact of a deadly viral outbreak in China, continued to slump. At roughly 3 p.m., United Airlines was down more than 5 percent, and American and Delta had dropped by about 4 percent.

For its part, the F.A.A. said it was continuing with the process of getting the plane approved to fly again.

“We have set no time frame for when the work will be completed,” the agency said in a statement.