Bolton to Iran: Don’t mistake ‘US prudence and discretion for weakness’

U.S. national security adviser John Bolton had a message for Iran on Sunday during his visit to Israel: He advised the leaders of the Islamic nation not to “mistake U.S. prudence and discretion for weakness.”

Bolton’s comment followed Friday’s confirmation by President Trump that he had called off a planned retaliatory attack against Iran following that country’s downing of a U.S. military drone Thursday in international airspace over the Strait of Hormuz.

Trump said he reconsidered action after deciding that the potential loss of life in a military action was not “proportionate” after Iran had attacked an unmanned aircraft. 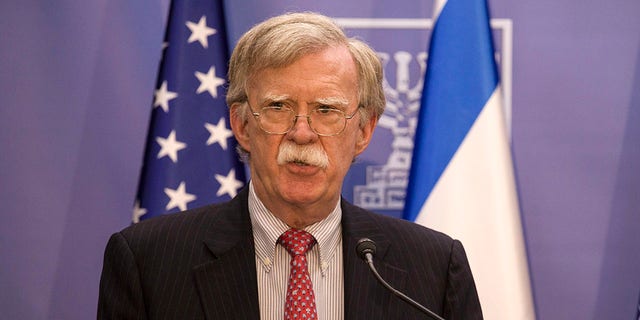 On Saturday, Trump praised Bolton, saying he had confidence in his appointee despite some disagreements on some Mideast issues, Politico reported.

Bolton added Sunday that no one had granted Iran “a hunting license in the Middle East,” as he spoke alongside Israeli Prime Minister Benjamin Netanyahu during his Mideast visit.

Late last month, Bolton had charged that Iran was responsible for attacks against oil tankers off the coast of the United Arab Emirates – and warned that the U.S. would strike back if attacked.

Rhetoric between the U.S. and Iran has been sharpening in recent weeks as Iran feels the effects of sanctions imposed by the U.S. following Trump’s decision to withdraw from a 2015 nuclear agreement that Iran had negotiated with the U.S. and other world powers during the Obama administration.

Trump had repeatedly criticized the deal as not going far enough to ensure that Iran was not pursuing nuclear weapons.

Fox News’ Bradford Betz and Lukas Mikelionis and the Associated Press contributed to this report.