Boy, 5, who wanted to be ‘Army Man’ dies from cancer; family asks for military members to attend funeral 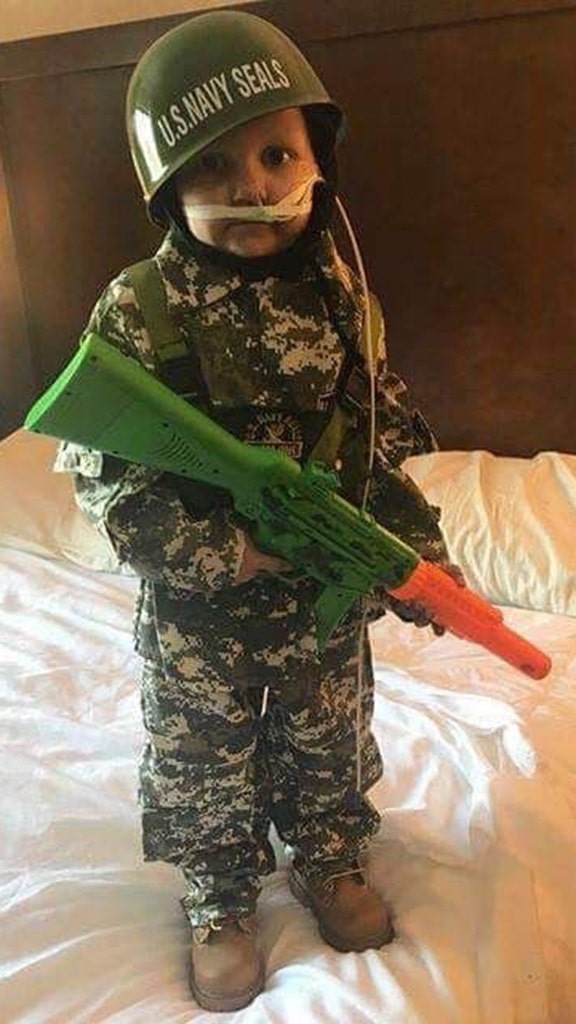 A 5-year-old boy from Arkansas who dreamed of being an “Army Man” died last week after fighting cancer — and his family asked those he idolized to support him at his funeral.

River “Oakley” Nimmo passed away on Thursday after suffering from an “extensive battle” with neuroblastoma for more than three years.

Described in his obituary as “feisty, courageous, smart and full of life,” his family said Oakley “often talked of being an ‘Army Man,’ as he called it, when he grew up,” and often played with his Power Wheels and shot his toy guns when he had free time outside of the hospital visits.

In honor of Oakley’s big dreams, his family requested military service members or veterans to attend the 5-year-old’s funeral service — in uniform — on Tuesday, which was scheduled to take place at 10 a.m. at Cullendale First Baptist Church in Camden, Ark. A burial was to take place at Furr Cemetery in Locust Bayou after.

“We are going to give Oakley a full military service in honor of his wish to become an ‘Army Man,’ one day,” his family wrote on Facebook. “We really want to pay tribute to this soldier.”

Social media users were quick to send their prayers to Oakley’s family from around the U.S., as many had followed his journey.

One user said that despite it all, Oakley “is all army, after all he was in combat for 3 of his 5 year enlistment,” referencing that the boy was sick for more than three years.

“He was a fine soldier, and a proud American. God bless you little dude,” one user wrote. “He was as brave as any Navy Seal. We live in Georgia or my husband would be there in dress uniform,” another person added.