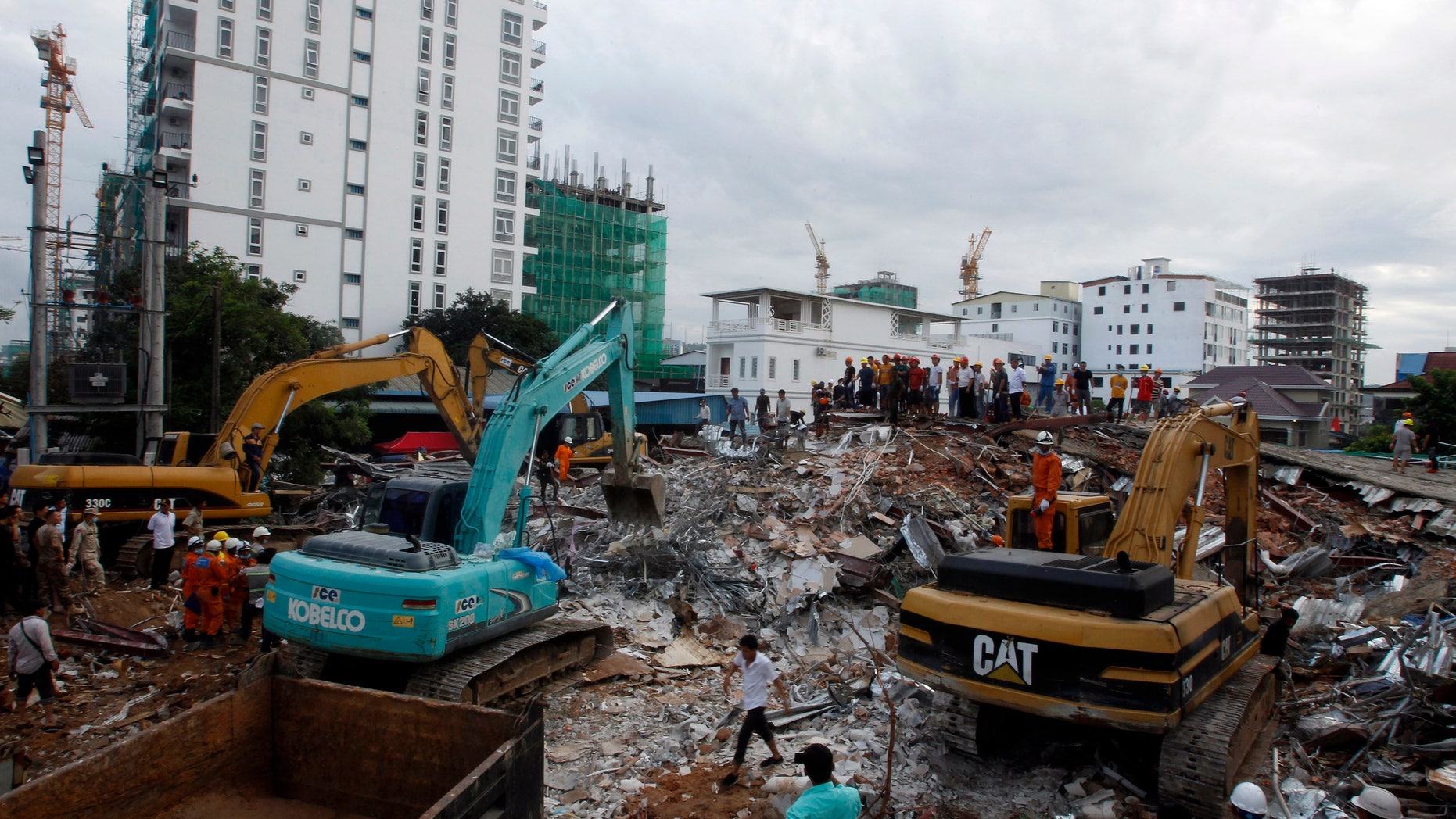 A building has collapsed in Cambodia, leaving at least 19 construction workers dead and another 24 injured (AP Photo/Heng Sinith)

A building has collapsed in Cambodia, leaving at least 19 construction workers dead and another 24 injured.

The seven-story building in the coastal city of Sihanoukville was under construction when it suddenly collapsed around 4 a.m. on Saturday. Construction crews were also using the building as housing, spending nights on the second floor of the building. One worker said he estimates there were approximately 60 people in the building at the time of its collapse, but the Cambodian Ministry of Labor and Vocational Training said there were just 30.

“All the workers were asleep,” said 31-year-old Nhor Chandeun, who was sleeping with his wife in the building when it began to crumble. “A moment before the building collapsed it was vibrating and then it was falling down. But it was too quick to escape.”

Chandeun is now in the hospital after being trapped in the rubble for 12 hours before rescuers found them.

“My wife and I kept calling for help,” he said. “We were shouting and shouting but there was no sound replying to us and we presumed that we would die under the rubble.”

Police have detained four Chinese nationals for questioning in connection to the building’s collapse, though the cause of the disaster is not yet clear. The building is owned by a Chinese investor who planned to turn it into a condominium, according to Yun Min, the governor of Preah Sihanouk province.

Cambodian Prime Minister Hun Sen said on Sunday that he would be traveling to Sihanoukville to oversee the rescue efforts. Bodies were still being recovered on Sunday evening.

A number of Southeast Asian leaders have expressed their condolences to Cambodia. The 10-nation regional bloc comprising the Association of Southeast Asian Nations has announced a new project for the region to respond better to disasters and emergencies.

The Associated Press contributed to the reporting of this story.