Calf injury continues to keep Luck out of Colts’ workouts 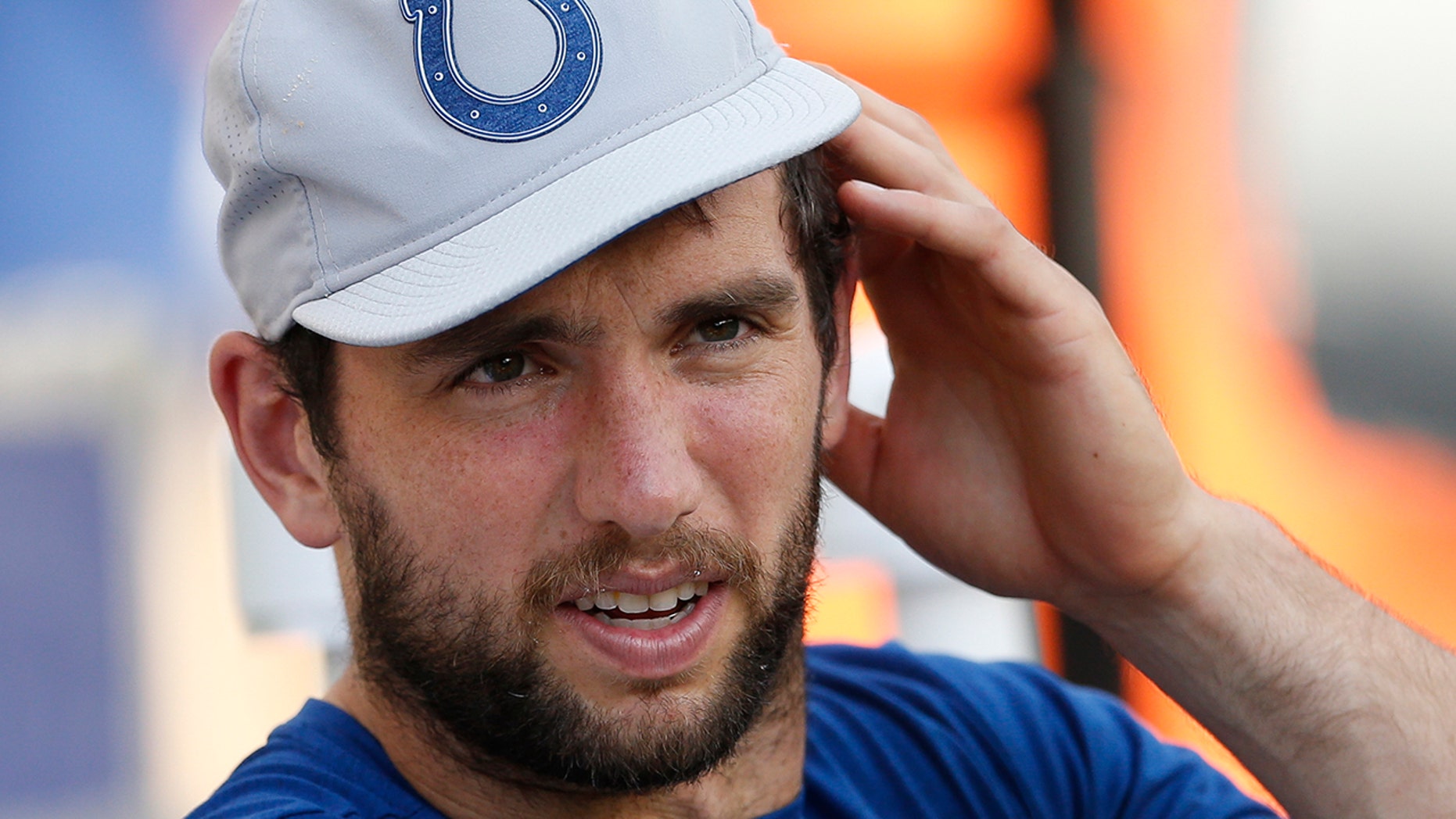 The Colts will continue to hold Andrew Luck out of offseason workouts this week because of a strained calf. Luck says he hurt the calf during training and was surprised the injury kept him out of action for the Colts’ entire offseason program. (AP Photo/Gary Landers, File)

The Indianapolis Colts will gladly play it safe with Andrew Luck.

They’d rather he be healthy for training camp anyway.

Just minutes after coach Frank Reich announced Tuesday that his starting quarterback would sit out this week’s three-day minicamp — the final portion of Indy’s offseason workouts — Luck promised he would return to practice when the Colts report to camp in late July.

“It’s OK, it’s not good enough to practice this week, which I’m bummed about,” Luck said, describing the injury. “But I think we’re on a very, very good page and I’ll be ready for training camp.”

The injury, suffered during training, has forced Luck to miss the Colts’ entire on-the-field program for the second offseason in three years.

But this was different.

After missing the entire 2017 season to recover from surgery on his throwing shoulder, he started throwing again last June during the team’s mandatory minicamp. His appearance raised even more questions when it appeared he was throwing footballs smaller than the NFL’s regulation size.

Team officials continued to be cautious with Luck at training camp when they closely monitored the number of throws he made and gave him extra days off. The prolonged recovery time prompted some skeptics to question whether Luck could ever return to his Pro Bowl form.

It didn’t take long for Luck to prove the doubters wrong. He produced arguably the best season of his pro career and was rewarded with the NFL’s Comeback Player of the Year award.

This year, many outsiders expect bigger and better things from Luck and his teammates, and Luck sounds confident he can deliver despite the nagging injury.

“I’ve thrown significantly, sort of off my foot to make sure I don’t aggravate something, but to keep my arm in shape,” he said. “It’s a football, a pigskin Wilson Duke, with Roger Goodell’s signature on it.”

Reich has continually insisted that Luck’s absence was a cautionary move.

He has no serious concerns about Luck’s health, and with seven seasons in the league, two full offseasons to get acclimated to the system and most of last season’s key offensive contributors returning, Reich figures Luck’s absence should not hinder his play.

“He has missed the on-field work but he has gotten so much in the meetings,” Reich said. “Second year in the system, talking through things, he’s been able to have even more input into the system this year, putting his imprint on the system now knowing what we’re doing, what he likes, what he doesn’t, and why he likes what he likes in our system.”

Indy can’t wait to see how things play out in training camp. But the last month certainly has presented some challenges, and not just because of Luck.

General manager Chris Ballard explained last week why he drafted linebacker Bobby Okereke in the third round, knowing Okereke had been accused of sexual assault in 2015.

All that’s missing now is Luck.