An Old West desert town in California has declared itself a “sanctuary city” for law-abiding gun owners.

Needles is a town of about 5,000 that borders Arizona and is a few miles from the southern tip of Nevada. Last month, the City Council voted unanimously to declare itself a “2nd Amendment Sanctuary City,” for people who feel California’s strict gun laws tread on their constitutional right to bear arms. 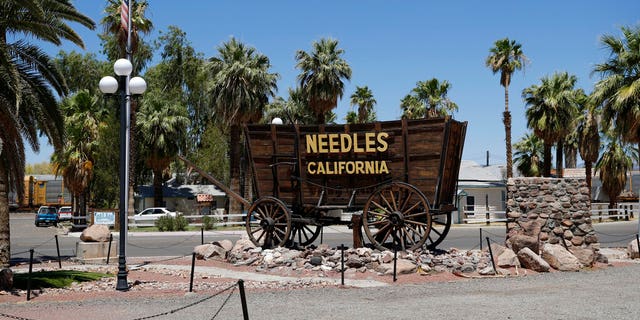 Needles’ city attorney has been directed to draft a resolution asking the state’s Legislature to allow gun owners from other states to carry firearms in town. But Councilman Tim Terral, who sponsored the measure, admitted the request is a longshot in California’s Democrat-controlled governing body.

“They want to pick and choose what they follow,” Terral said of California’s sanctuary status for illegal immigrants. “It’s ‘We’re going to shield this person, but we’re going to go after that person.’ And in our opinion, they have violated the Second Amendment of the Constitution in many ways.”

“They want to pick and choose what they follow. It’s ‘We’re going to shield this person, but we’re going to go after that person.’ And in our opinion, they have violated the Second Amendment of the Constitution in many ways.”

Terral and other city officials said the measure has less to do with making the city a Wild West town and more to do with ensuring out-of-state visitors with legally registered guns from outside California don’t face a felony arrest.

“We have had that happen,” City Manager Rick Daniels said. “Now not a lot. Not a lot. But occasionally that occurs.”

Needles’ proposal comes amid heightened restrictions for gun owners and would-be gun owners alike in California. A state law that took effect Monday mandates that gun owners undergo a background check to purchase ammunition and outlaws people from bringing ammunition into California from other states.

Most Needles residents buy their ammunition in neighboring Arizona because the nearest California stores are more than 100 miles away.  City leaders want residents to be able to continue purchasing in neighboring states.

That and a request that California recognize concealed carry permits from other states will be spelled out in another resolution the City Council plans to consider July 9.