Pacific Gas and Electric Company (PG&E) is near closing on a $13.5 billion payout to victims affected by California wildfires that were caused by its power lines, according to a Bloomberg report.

The utility giant would pay half in cash and the other half in stock for the newly organized company, people familiar with the matter said.

Reaching a settlement with the individual victims of the wildfires sparked by its equipment would be a major step toward resolving the company’s bankruptcy filed in January after facing $30 billion in liability from hundreds of lawsuits from fires in 2017 and 2018.

The company proposed paying victims a maximum of $8.4 billion in September. In a statement to Fox News, PG&E said it was “committed to satisfying all wildfire claims in full” as required by law and laid out in its bankruptcy plan.

It said that PG&E has already reached settlements with two of the three major groups of wildfire victims in its bankruptcy proceedings, which include a $1 billion settlement with cities, counties and public entities and an $11 billion agreement with insurance companies that have already paid claims for 2017 and 2018 wildfires. 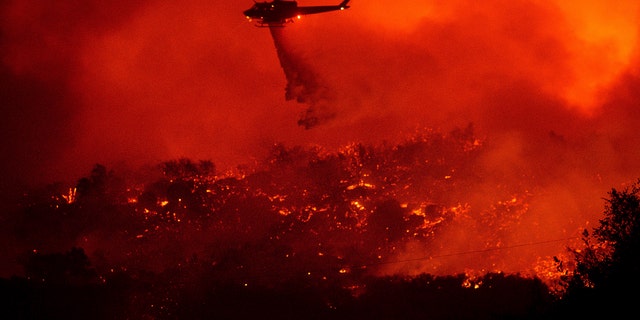 The company did not comment on the new developments in the Bloomberg report, as mediation discussions are confidential, it said.

PG&E has spent months trying to negotiate a restructuring plan to emerge from bankruptcy by the middle of next year.

The compensation of individual wildfire victims has proved the most formidable of negotiations for the company. After the company initially offered a mere $8.4 billion, California Gov. Gavin Newsom threatened a state takeover if the utility could not reach a deal with creditors and wildfire victims soon.

PG&E has invoked outrage across the state for imposing blackouts on millions of Californians during high winds to keep its power lines from igniting more wildfires. In October alone, PG&E imposed mass blackouts four times.

Additionally, equipment from PG&E sparked two fires in the northern part of the state, which was not a part of the blackout. The fires started in an area where the power was left on because it was not seen as a high fire risk.