Charles “Chuckie” O’Brien, an associate of the late Teamsters union boss Jimmy Hoffa who is portrayed in the 2019 movie “The Irishman,” died Thursday in Boca Raton, Fla., according to reports. He was 86.

The cause of death was believed to be a heart attack, according to O’Brien’s stepson, Jack Goldsmith, a Harvard Law School professor, writing on a blog called “Lawfare.”

During Hoffa’s heyday in the 1960s and 1970s, O’Brien often referred to himself as Hoffa’s foster son – but investigators have long suspected he played a role in Hoffa’s 1975 disappearance, the Detroit Free Press reported.

Hoffa vanished in July 1975 amid a tumultuous career as a union leader, one that included clashes with Attorney General Robert Kennedy and other Washington figures, as well as union rivals and reputed mobsters. Various theories have emerged about what happened to him but the case remains a mystery.

In his blog post, Goldsmith shares some insights into the life of his stepfather, who was born in Kansas City, Mo., in 1933.

“Chuckie was most famous for two things. In the 1950s, 1960s and early 1970s, he was the closest aide and near-constant companion of Jimmy Hoffa, the infamous and influential leader of the Teamsters Union.

“And following Hoffa’s disappearance on July 30, 1975, Chuckie became a leading suspect when the government publicly accused him of picking up Hoffa and driving him to his death. The latter charge is, I believe, untrue. But practically everyone believed it. This accusation was repeated in story after story and book after book and, most recently, in the movie “The Irishman.” Chuckie lived the last 44 years of his life under that shadow.”

The 2019 Martin Scorsese-directed movie “The Irishman” examines events surrounding the Hoffa disappearance, through the eyes of Frank Sheeran, a Hoffa underling (played by Robert De Niro) who died in 2003. 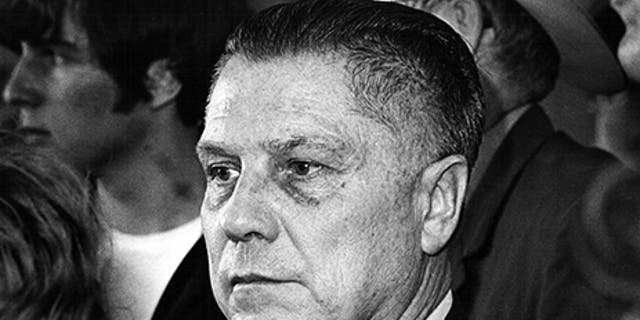 In the film, the part of O’Brien is played by actor Jesse Plemons.

According to Goldsmith, O’Brien is survived by his wife Brenda, daughter Josephine, son Chuckie, stepsons Jack, Brett and Steven, and by “numerous grandchildren.”