The city of Portland, Ore. agreed to pay an anti-abortion street preacher $50,000 last week after he was banned from a public park for 30 days.

Mark Mayberry, a Christian evangelist and anti- abortion activist represented by the Pacific Justice Institute (PJI), filed a federal lawsuit against the city claiming his First Amendment rights were violated when parks and police staff forced him to leave a downtown park last year.

Mayberry was holding an anti-abortion sign, handing out related information, and talking to people about abortion and the gospel when an officer asked him to leave. He refused and was given a ticket excluding him from the park for 30 days, World Net Daily (WND) reports.

The Portland City Council approved the $50,000 settlement Wednesday in a meeting held via video conference due to coronavirus restrictions.

“The city of Portland unfortunately has a well-earned reputation for being hostile toward Christians who share their views in the public square,” Ray D. Hacke, PJI’s Oregon-based staff attorney, said in a statement. 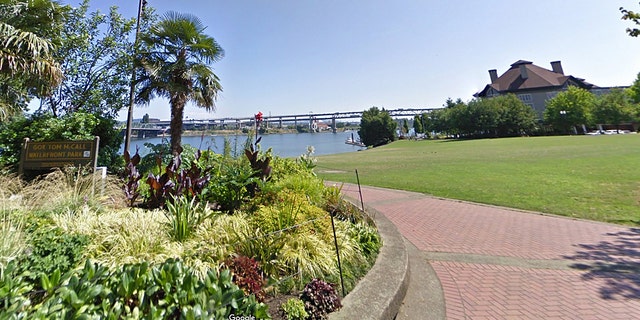 The city of Portland is paying an anti-abortion street preacher $50,000 after he was banned from Tom McCall Waterfront Park in June 2019 by park staff and police and was issued a 30-day ban from the public park. (Google Maps)

“But throughout our negotiations, the City’s attorney sincerely expressed that Portland truly wants to be a better, more tolerant city,” Hacke added, calling the settlement a “step in the right direction.”

The city also violated a 9th Circuit Court of Appeals ruling prohibiting Portland from removing people from public spaces if they engage in lawful free speech, according to Stenquist.

As a result of the Mayberry incident, the city is training the parks and police bureaus to prevent future infringement of free speech rights.

Brad Dacus, PJI president, called it a “huge win” for Mayberry, and freedom of speech and religion in Oregon.

“It’s never too late for a city to commit itself to changing for the better and upholding constitutional rights, as they are obligated to do,” Dacus said. “I applaud the City of Portland for being truly repentant and making things right with Mark Mayberry.”