Cleveland Cavaliers head coach John Beilein apologized Wednesday after referring to his players as “thugs” during a film session. He reportedly told them individually he meant to use the word “slugs” instead.

The strange excuse came after the 66-year-old Beilein — in his first NBA season after a long college coaching career of more than 750 wins — told his team of mostly black players, while wrapping up the film session in Detroit, that they were no longer playing “like a bunch of thugs.”

Many of the Cavaliers players were stunned and a wave of silence fell over the team, according to ESPN. Beilein claims didn’t realize he used the term until the team’s general manager Koby Altman, reached out to him later in the day, the outlet reported.

“I didn’t realize that I had said the word ‘thugs,’ but my staff told me later I did and so I must have said it,” Beilein said, according to ESPN. “I meant to say ‘slugs,’ as in slow-moving. We weren’t playing hard before, and now we were playing harder. I meant it as a compliment. That’s what I was trying to say. I’ve already talked to eight of my players tonight, and they are telling me that they understand.” 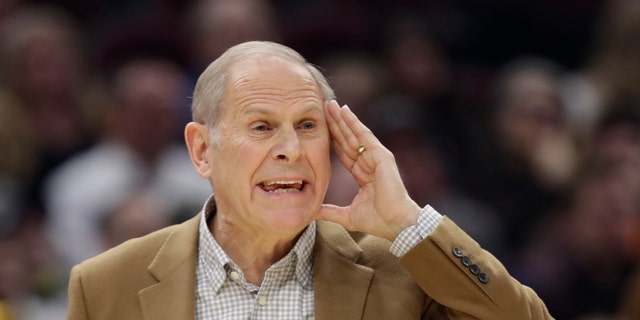 Cleveland Cavaliers head coach John Beilein yells instructions to players in the second half of an NBA basketball game against the Detroit Pistons, Tuesday, Jan. 7, 2020, in Cleveland. (Associated Press)

Beilein is now collecting more information regarding what transpired during the film session on Wednesday night, the outlet reported.

He signed a five-year contract back in May to be the head coach of the Cavs after coaching the Michigan Wolverines from 2007-2019. In his first year as head coach, he’s had issues with star player Kevin Love who was reported to have an emotional “childish” outburst at practice.

Love, 31, who was traded to the Cavs in 2014 to help the team win an NBA championship when LeBron James was steering the ship, has publically showed some frustration during games this season.

He apologized for acting like a child earlier this week. 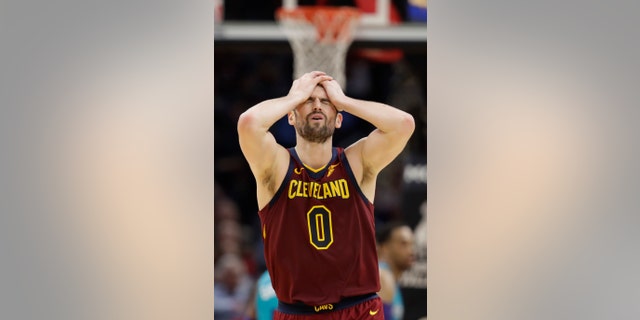 Cleveland Cavaliers’ Kevin Love reacts after missing a three-point basket late in the second half of an NBA basketball game against the Charlotte Hornets, Thursday, Jan. 2, 2020, in Cleveland. (Associated Press)

Beilein has also been reportedly “slow to connect” with the team’s young roster — which has seven players under 25 years old, according to the outlet. Everyone on the team is under 30 except Love.

Beilein has coached basketball for nearly 50 years, although never in the pros before his current stint with the Cavs — who are 10-27 this season.

The team is in the midst of a five-game losing and is scheduled to take on the Detroit Pistons at 7 p.m. Thursday.

The Associated Press contributed to the report.