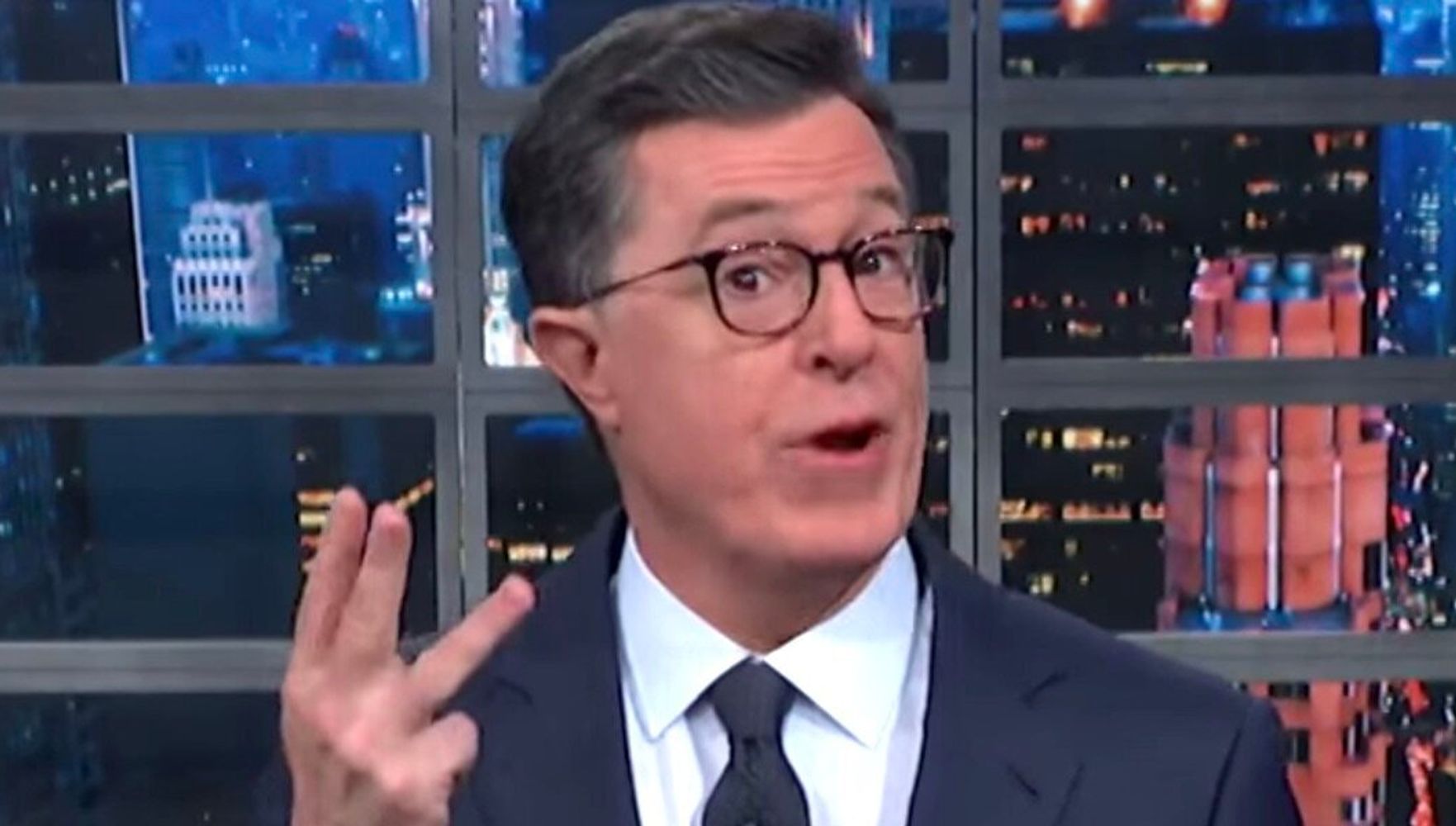 “Late Show” host Stephen Colbert said the Senate trial of President Donald Trump centers on “perhaps the greatest abuse of power ever by a U.S. president.”

And he said Americans are paying attention, with 11 million viewers tuning in to the proceedings on the first day.

“That’s a lot of people. That’s not Super Bowl ratings, but it’s at least Puppy Bowl ratings,” he cracked. “Though that’s not really fair to compare puppies to U.S. senators. The puppies still have their balls.”

He shared a clip of Rep. Jerry Nadler (D-N.Y.), one of the House impeachment managers, explaining the “ABCs” of Trump’s impeachment.

Colbert responded with a “1-2-3” of his own… and that third one drew big cheers from his “Late Show” audience: