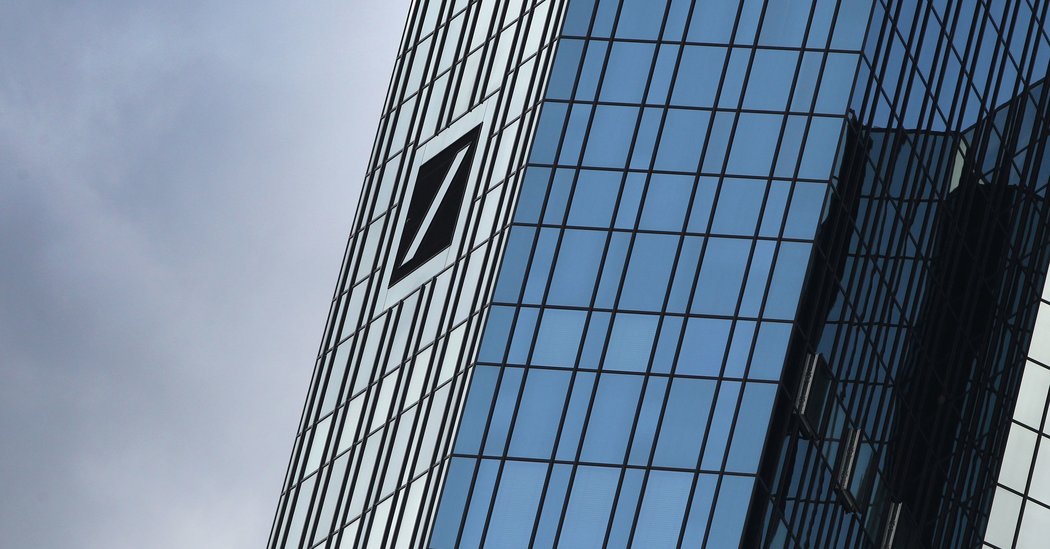 Congressional investigators on Monday issued subpoenas to Deutsche Bank and numerous other banks, seeking information about President Trump’s finances and the lenders’ business dealings with Russians, according to several people with knowledge of the investigation.

The subpoenas, from the House’s Intelligence and Financial Services committees, were the latest attempts by congressional Democrats to collect information about the finances of Mr. Trump and his family-owned company. Another House committee is separately seeking Mr. Trump’s personal and corporate tax returns.

The committees that issued subpoenas on Monday are jointly investigating Deutsche Bank’s relationship with Mr. Trump. Over the past two decades, Deutsche Bank was the only mainstream bank consistently willing to do business with Mr. Trump, who has a long history of defaults and bankruptcies. The bank has lent him well over $2 billion, and Mr. Trump had more than $300 million in outstanding loans from Deutsche Bank by the time he took office, making the German bank the president’s biggest creditor.

Kerrie McHugh, a Deutsche Bank spokeswoman, said the company was “engaged in a productive dialogue” with the committees. “We remain committed to providing appropriate information to all authorized investigations in a manner consistent with our legal obligations,” she said.

Multiple other banks — including Citigroup, JPMorgan Chase and Bank of America — also received subpoenas on Monday, according to two people with knowledge of the subpoenas. They spoke on the condition of anonymity to discuss an open investigation.

The subpoenas seek records related to business the banks did with a list of suspected money launderers from Russia and other Eastern European countries, according to a person familiar with the subpoenas.

The subpoena to Deutsche Bank had been in the works for months, with congressional investigators negotiating the specific demands with the bank’s lawyers. Deutsche Bank had pushed for the subpoena’s scope to be narrowed, arguing that doing so would make it easier and faster for the bank to produce the documents, three of the people said.