Connecticut kids provide police with sketches of ‘bad guy’ suspect in car crash: ‘I don’t know how to drive’

A man who fled the scene of a two-vehicle crash in Connecticut on Tuesday may not be on the lam for long after police were lucky enough to find a trio of witnesses who gave authorities detailed drawings of what they saw…and they used crayons.

Investigators responded to the scene of a crash on Berlin Turnpike involving a motorcycle and another vehicle only to discover that the man who’d been riding the bike had jumped a guardrail and taken off into the woods as cops approached, according to the Berlin Police Department. 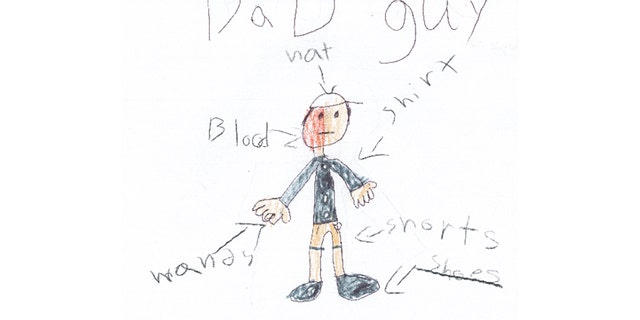 The suspect involved in the crash appeared to look like this, according to one of the witnesses at the scene. (Berlin Police Department)

Officers were unable to locate the suspect — but three (young) witnesses swiftly stepped in to give the long arm of the law a hand, offering up their “artistic interpretations” of what they saw after the collision, the police said.

In one of several detailed drawings published by police on Facebook on Wednesday, the motorcycle rider is labeled as a “bad guy.” The artist helpfully notes — using words and directional arrows — where the man’s “hands,” “shorts,” “shoes,” “hat,” and “shorts” are, in addition to the presence of “blood” covering what appears to be half of his face. 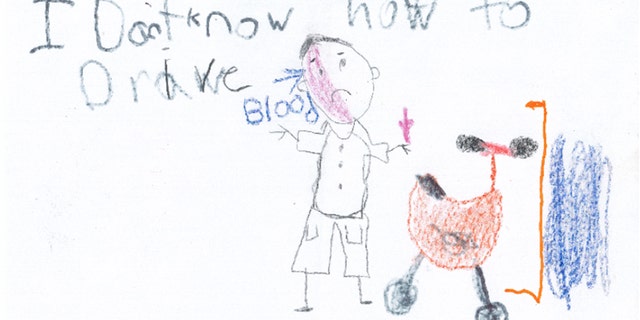 After the crash, police said the suspect fled the scene over a guardrail and into the woods. (Berlin Police Department) 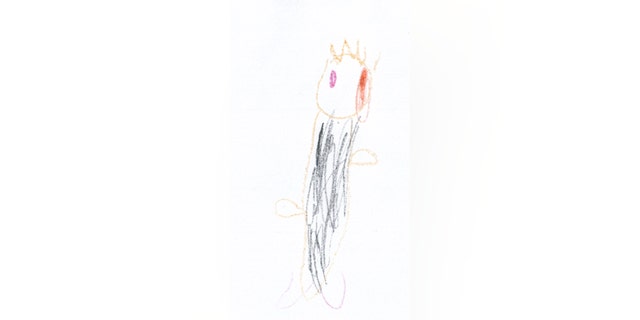 Another sketch shows the man, pictured next to what appears to be a motorcycle, with his face half-covered in “blood,” with the red substance getting the drawing’s only label. The sketch also includes the caption: “I don’t know how to drive.”

On the original piece of art, that phrase is not in quotation marks, so it wasn’t immediately clear if the words were a direct quote, a paraphrase or just an observation about the man’s skills on the road.

The sketches, intended to help police, were drawn by Myla, Joyce and Julian — whom police thank “for their investigative assistance.” Cops didn’t further identify the budding sketch artists.

Police encourage anyone who might recognize the suspect in the drawings to contact the department at 860-828-7082. The blood covering half of his face may be a giveaway as to his identity.