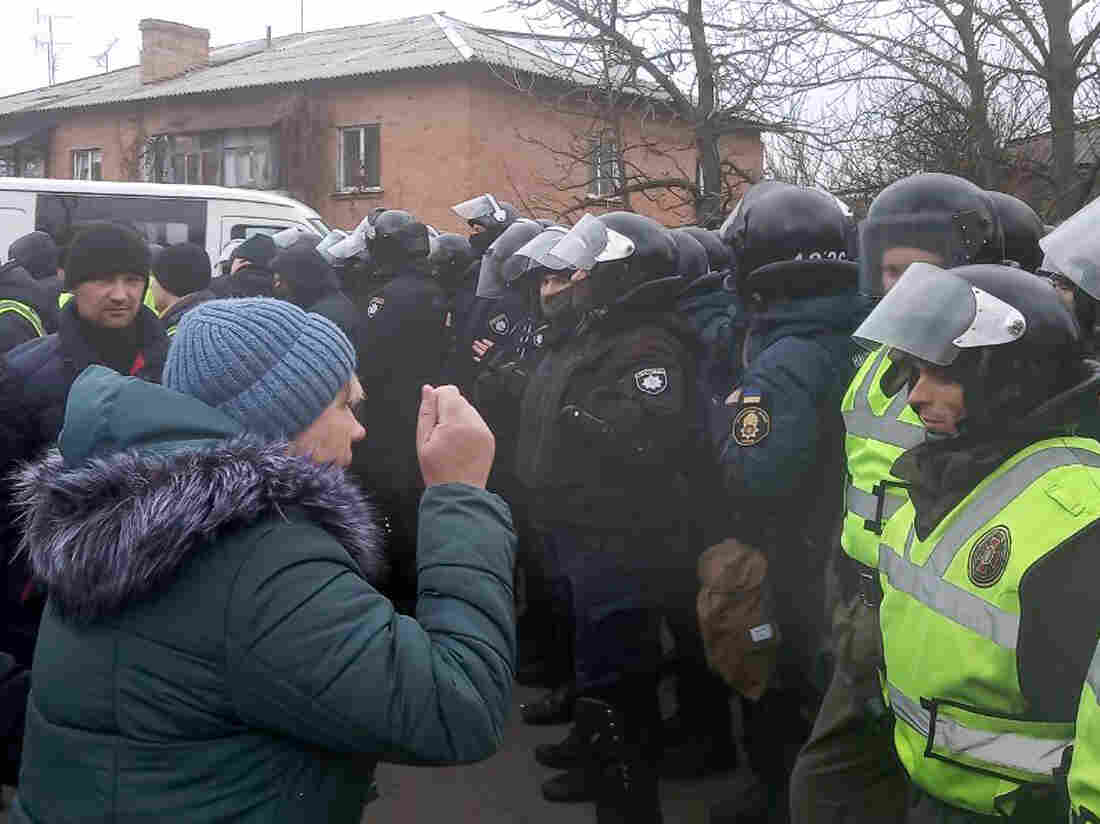 Local residents protest the plans to quarantine evacuees from coronavirus-hit China at a local hospital, in the settlement of Novi Sanzhary, Ukraine, on Thursday. Maksym Mykhailyk/AFP via Getty Images hide caption

Local residents protest the plans to quarantine evacuees from coronavirus-hit China at a local hospital, in the settlement of Novi Sanzhary, Ukraine, on Thursday.

China reported 889 new cases of novel coronavirus infection on Friday, including more than 200 from a prison, and an additional 118 deaths – all but three in the province of Hubei, bringing the total deaths in the country to more than 2,200.

The latest count came as South Korea, with the highest number of cases outside China, reported another jump in infections to 204.

And residents clashed with police in a central Ukrainian town where evacuees from Wuhan, the Chinese province where the epidemic began, arrived for a two-week quarantine.

The numbers from China — which come 24 hours after the daily new case count there reached its lowest point in weeks — reflect a more general downward trend.

Cumulative new cases in China are now at 75,567. That figure includes people who have recovered, as well as those who have died from COVID-19, the disease caused by the novel coronavirus.

According to the latest World Health Organization situation report, there have been another 1,073 confirmed cases in 26 other countries, and an additional eight deaths.

On Thursday, the government in China’s eastern province of Shandong said that a prison guard at Rencheng jail in Jining, a city of eight million, had shown COVID-19 symptoms in early February and that subsequently more than 2,000 inmates and staff were tested, with 200 prisoners and seven officers coming back positive.

Infections were also reported at three prisons in Hubei province, according to the South China Morning Post.

In South Korea, officials on Thursday said the number of cases had doubled in a 24-hour period. On Friday they confirmed another 100 cases, bringing the total there to 204.

Among those infected were scores of members of the religious sect Shincheonji Church of Jesus. The infection was traced to a 61-year-old woman who apparently spread the virus to congregants as she attended church services before being diagnosed. 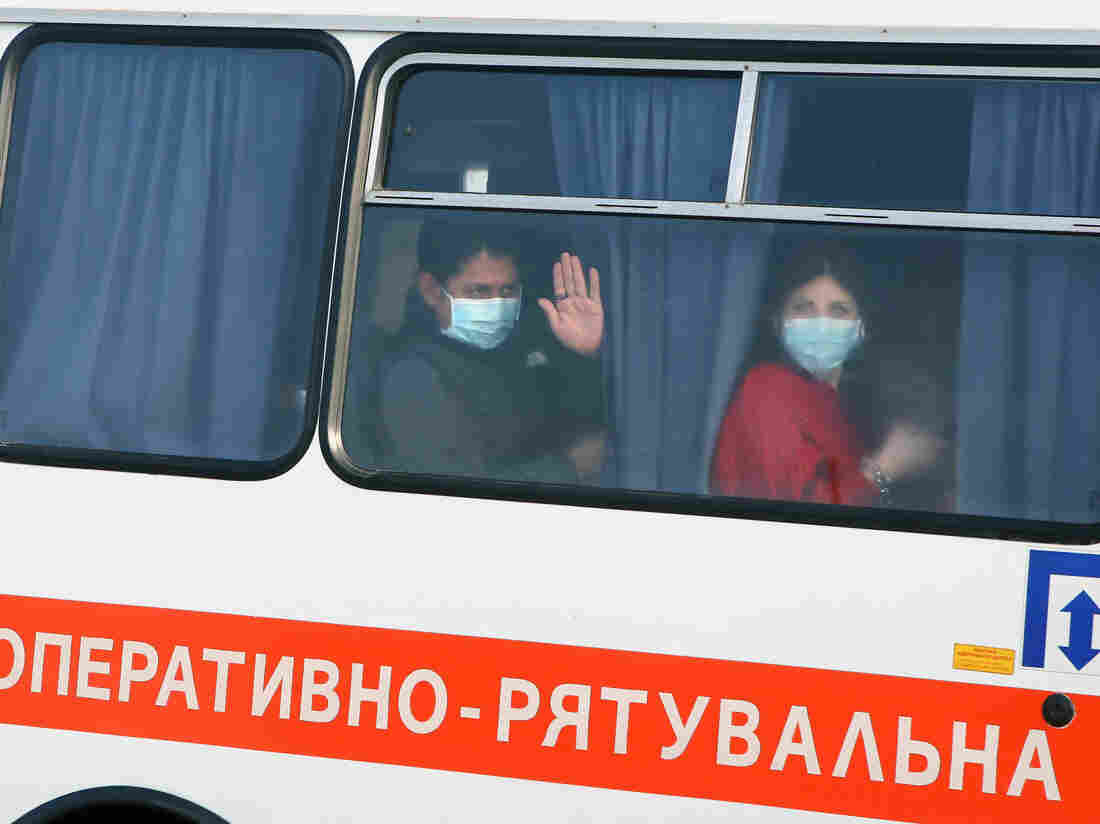 Evacuated Ukrainians and foreign nationals on their way to the Novi Sanzhary Medical Center of the National Guard in Poltava Region for medical observation, on Thursday. Barcroft Media/Barcroft Media via Getty Images hide caption

Evacuated Ukrainians and foreign nationals on their way to the Novi Sanzhary Medical Center of the National Guard in Poltava Region for medical observation, on Thursday.

Meanwhile, in the central Ukrainian town of Novi Sanzhary, where coronavirus evacuees arrived from China, angry residents chanted “Shame on you!”, scuffled with police and hurled stones at six buses carrying masked passengers on their way to a two-week quarantine. The residents blocked a road to a medical facility where the evacuees were to be housed.

Authorities said the group, which included 45 Ukrainians and 27 foreign nationals, had been screened for the virus before being allowed to fly from Wuhan, China, the disease epicenter. None had tested positive or shown signs of COVID-19, officials insisted.

When Avakov pointed out that none of the evacuees was infected, one person replied “So far,” according to BBC.

“Isn’t there any other place in Ukraine … that is located in more or less remote villages or in far-off areas where there is no threat to population?” another resident, Yuriy Dzyubenko, was quoted by Reuters as saying.

President Volodymr Zelenskiy called for calm and warned against the danger of “forgetting that we are all human.”

NPR’s Jason Beaubien in Hong Kong, Emily Feng in Beijing and Anthony Kuhn in Seoul contributed to this report.