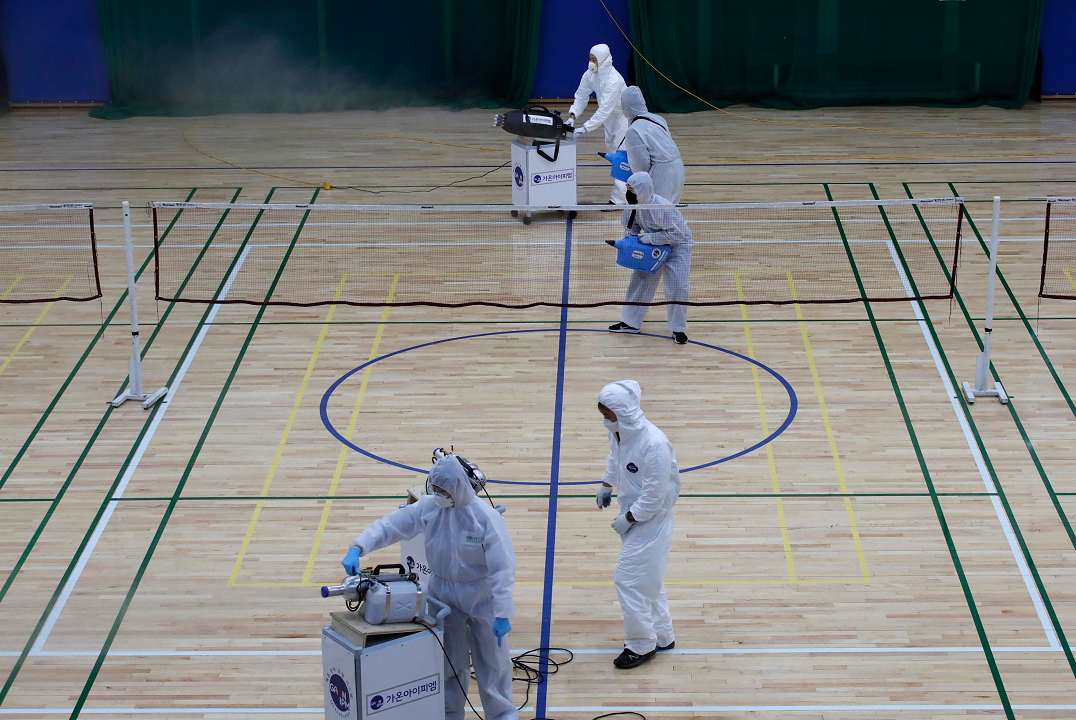 A U.S. soldier stationed in South Korea has tested positive for the coronavirus and is in self-quarantine at his residence off base, the military said Tuesday.

The 23-year-old is based at Camp Carroll near the city of Daegu, where most of the country’s coronavirus cases have been clustered, and he visited Camp Walker earlier this week. He is the first U.S. service member to become infected.

Health professionals are trying to determine whether or not others have been exposed to COVID-19, U.S. Forces Korea (USFK) said in a statement.

“USFK is implementing all appropriate control measures to help control the spread of COVID-19 and remains at risk level ‘high’ for USFK peninsula-wide as a prudent measure to protect the force,” the command said.

The news comes as American and South Korean officials are considering restricting joint military exercises over concerns about the virus. U.S. Defense Secretary Mark Esper and South Korean Defense Minister Jeong Kyeong-doo told reporters on Tuesday that the coronavirus is a threat to the military drills, which are held throughout the year.

The U.S. has around 28,500 troops stationed in South Korea, where it maintains a strong presence to deter potential North Korean aggression. On Monday, USFK announced the 61-year-old widow of a U.S. soldier who lives in Daegu tested positive for the virus. The news prompted the command to raise its risk level to high through the peninsula.

South Korea’s Centers for Disease Control and Prevention said Wednesday that 134 new cases were confirmed in Daegu and another 19 from neighboring towns. South Korean officials reported that 11 people have died so far.

South Korea now has a total of 1,146 confirmed coronavirus cases.

“This week will be critical in the fight to combat the […] illness,” Prime Minister Chung Se-kyun said at a meeting in Daegu City Hall.

The Centers for Disease Control and Prevention (CDC) issued a warning Monday advising American travelers to not make any unnecessary trips to South Korea.

China has reported most of the world’s 80,000 cases and 2,700 deaths. Other nations such as France, Italy and Algeria have begun seeing spikes in infections.