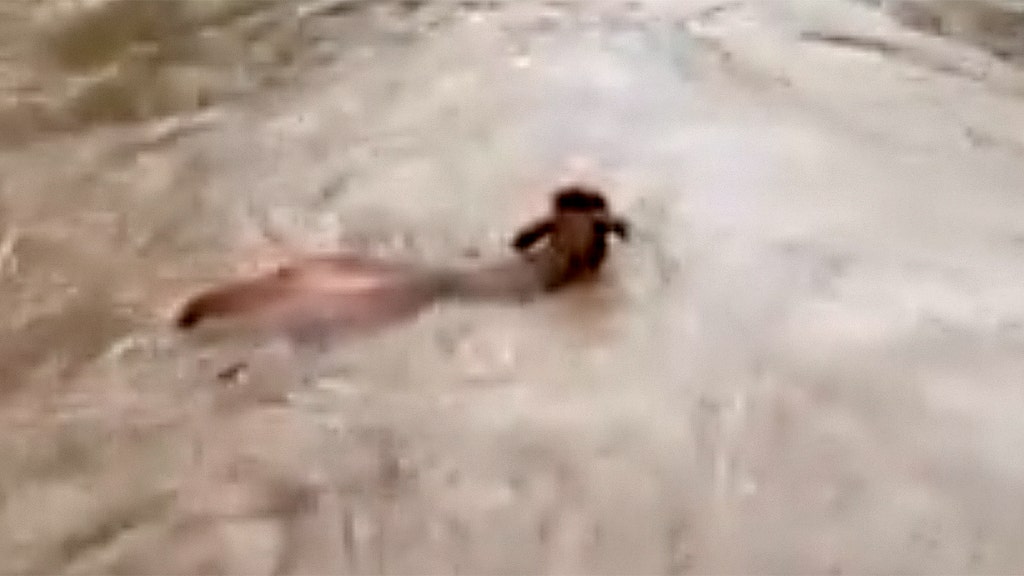 A herd of over 50 cows was swept away during a flash flood Friday, with dramatic video showed the cattle being carried downstream after a night of heavy rains slammed southeastern Minnesota.

Bob Eustice, a farm owner near the Zumbro River, told Fox 9 that it was his cattle that was carried off by an overflowing creek early Friday morning after officials say heavy rains overnight likely caused water levels to rise through the pastures where the cows were grazing.

Video taken by one Byron resident showed the animals being carried away by a strong current at around 6:45 a.m.

Olmsted County Director of Emergency Management Capt. Mike Bromberg told Fox 9 that some of the cattle were found on a riverbank between one and two miles away.

Eustice said that 27 of the cows are still missing.

GIANT AFRICAN SNAILS, ONCE ERADICATED FROM US, CONFISCATED FROM SUITCASE AT GEORGIA AIRPORT

The Olmsted County Sheriff’s Office shared an image of the road near where the animals were swept away. County Road 103 was completely flooded and officials warned residents Friday not to drive through the deep waters.

The National Weather Service Weather Prediction Center issued a warning Friday that parts of southeastern Minnesota will continue to see possible flash flooding throughout the weekend.