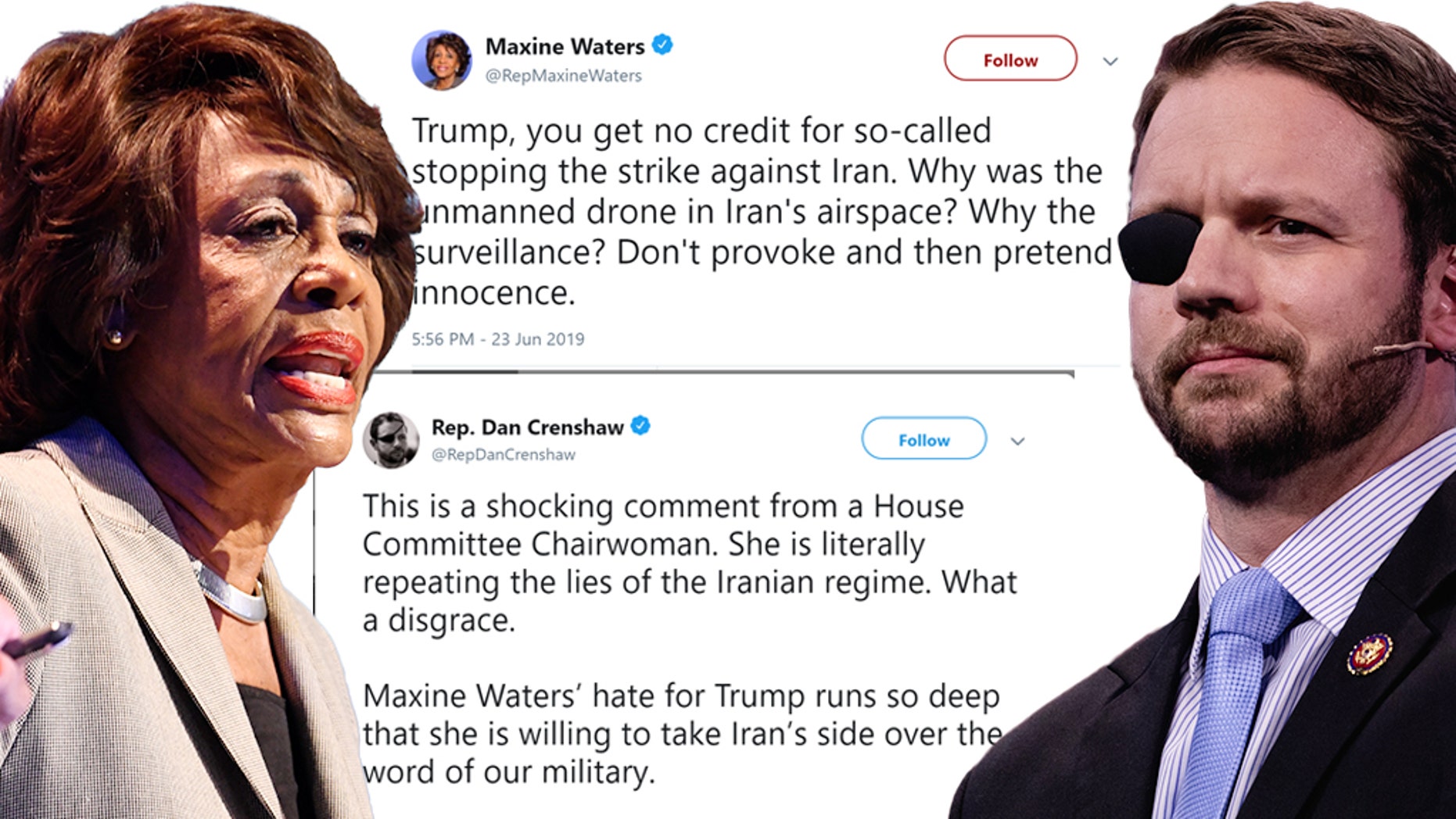 The U.S. military’s Central Command released a video earlier this month showing Iranian forces removing an unexploded mine from one of the two ships that were attacked near the Strait of Hormuz. Iran has denied any involvement in the conflict.

Trump called off a military strike against Tehran after they shot down an American drone they claimed was in Iranian airspace.  It was valued at over $100 million. Iran has since claimed they have the capability to continue shooting down American drones if necessary.

Crenshaw responded less than six hours later and called Waters’ comments “shocking” and accused her of repeating falsities from the Iranian regime. He also called her conduct disgraceful.

These comments come after Trump announced new sanctions via executive order against Iran on Monday, during a press gathering in the Oval Office.

“Today’s action follows a series of aggressive behaviors by the Iranian regime in recent weeks including shooting down a U.S. drone,” Trump said. “[The sanctions] will deny the supreme leader and the supreme leader’s office and those closely affiliated with him and the office access to key financial resources and support.”