Police officials in Rochester “downplayed” the police department’s March interaction with Daniel Prude and, over the course of months, went back and forth about their handling of the case out of apparent fear of backlash, according to recently released documents and the city’s mayor.

“This incident — an unfortunate and tragic situation — had been downplayed from the very beginning as a PCP overdose,” Rochester Mayor Lovely Warren told WHEC-TV on Tuesday, one day after her office announced the firing of Police Chief La’ron Singletary and the suspension of Corporation Counsel Tim Curtin and Communications Director Justin Roj. She named Deputy Chief Mark Simmons interim chief of the department.

On Monday, Warren’s office released 325 pages of documents pertaining to the March 2020 death of 41-year-old Prude. The trove was released at the same time as Warren’s announcement regarding the shakeup.

FILE – In this image from police body camera video provided by Roth and Roth LLP on Sept. 2, 2020, a Rochester police officer puts a spit hood over the head of Daniel Prude, on March 23, 2020, in Rochester, N.Y., after cops say Prude claimed to have the coronavirus.<br> (Rochester Police via Roth and Roth LLP via AP)

The documents show that police officials sought to deny a request made by the attorney of Joe Prude, Daniel Prude’s brother, to release the body-camera footage from the arrest. They referenced “the current climate in this city and the nation” as their reason.

“We certainly do not want people to misinterpret the officers’ actions and conflate this incident with any recent killings of unarmed Black men by law enforcement nationally,” Simmons wrote in a June 4 email to Singletary. “That would simply be a false narrative, and could create animosity and potentially violent blowback in this community as a result.”

Lt. Mike Perkowski told a city lawyer on June 4 that he was “very concerned about releasing this prematurely in light of what is going on” and Capt. Frank Umbrino told another police official “any release of information should be in conjunction with and coordinated with the mayor and the chief as it very well have [sic] some intense ramifications.”

Simmons forwarded both emails to Singletary with his message advising the chief to have the Prude family lawyer’s public records request squashed, according to the documents released Monday. Simmons suggested that the city deny the request because the case was still under investigation by the state attorney general’s office. 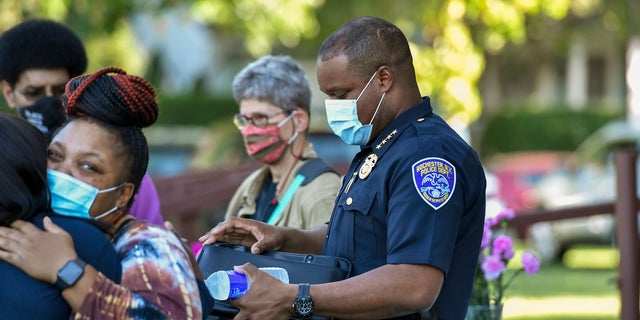 Later, on June 4, as the discussion of the records request continued, city lawyer Stephanie Prince told Curtin that a way to buy more time was to allow the attorney general’s office to show the video to Prude’s family, as it has done in other cases, but not give them a copy of it.

“This way, the city is not releasing anything pertaining to the case for at least a month (more like 2), and it will not be publicly available,” Prince wrote.

The video was ultimately released to Prude’s family, who made it public at the beginning of September.

Daniel Prude was handcuffed by police around 3:20 a.m. on March 23, after his brother called police to take him back to the hospital, where he had been hours earlier.

“At around 3 a.m. Daniel was acting very strange again – he ran out my back door wearing only a tank top and some long johns,” Joe Prude wrote in a supporting deposition later released in the trove of documents. “I called the police again so they could find him and take him back to the hospital.”

Footage shows Prude naked and sitting in the street wearing a mesh covering, known as a spit hood, over his head. Over the course of the interaction, one officer can be seen pressing his knee to Prude’s back while another pushes his face to the pavement. They allegedly held Prude down for approximately 2 minutes, but they later realized he didn’t have a pulse and began CPR.

He was taken off life support on March 30.

A medical examiner concluded that Prude’s death was a homicide caused by “complications of asphyxia in the setting of physical restraint.” The report lists excited delirium and acute intoxication by phencyclidine, or PCP, as contributing factors.

Prude was from Chicago and traveled to Rochester on March 22 to visit his brother. According to a previously released internal affairs investigator’s report, Prude was kicked off the train before it arrived in Rochester for “his unruly behavior.”

Hours later, Prude was taken to the hospital before going to his brother’s home. Around 3 a.m. on March 23, he ran out of his brother’s back door.

Police met up with him soon after making his way to a phone store where he possibly “threw a cinder block through the store window before being spotted by a tow truck driver.” Police said the tow truck driver described Prude as being naked, covered in blood, and said he had told the driver he had the coronavirus. 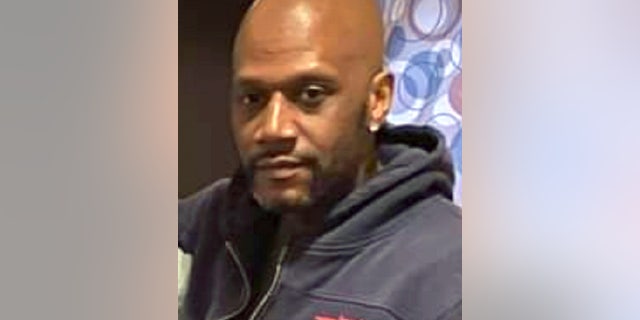 FILE – In this undated file photo provided by Roth and Roth LLP, shows Daniel Prude. Prude, 41, suffocated after police in Rochester, N.Y., put a “spit hood” over his head while being taken into custody, according to the medical examiner. (Courtesy Roth and Roth LLP via AP, File)

Someone who is believed to be a paramedic can be heard in the video saying Prude was likely experiencing “excited delirium” as a result of the PCP that he was believed to have taken.

“I guarantee you that’s why he coded,” the woman can be heard saying.

Documents show that in the days and weeks following Prude’s arrest and ultimate death, police officials went back and forth regarding the narrative pertaining to the interaction.

At least one person had revised the paperwork and, using red ink, wrote “make him a suspect” next to a section of the police report that describes Prude as “Individual-I.”

Someone later wrote in red ink that Prude’s police narrative should also include burglary because “video recovered during the day shows (s) break window & enter location.”

The red ink later requests that a line be added to the narrative to describe how Prude was wearing a spit hood, called “a spit sock” in documents, “due to the potential of contracting a virus, including coronavirus.”

Warren has consistently maintained that she did not see the video until city lawyers played it for her on Aug. 4 and that Singletary initially misled her about the circumstances of Prude’s death.

After seeing the video, the mayor emailed Singletary that she was “outraged” at the conduct of the officer who pressed Prude’s head against the ground, Mark Vaughn, and that he should face an immediate disciplinary investigation. 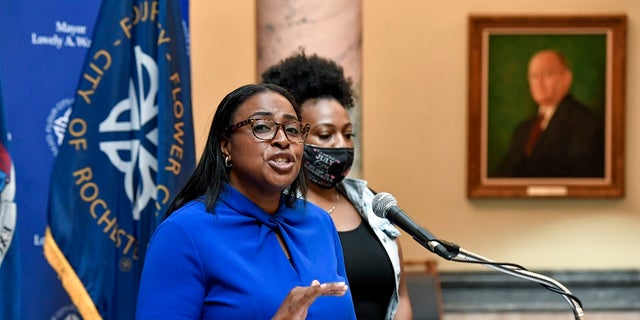 In an unsent draft of that email, Warren excoriated Singletary for having “grossly underplayed” Prude’s death by first describing it to her as a drug overdose. In the draft, prepared with Deputy Mayor James Smith’s help, Warren said she strongly believed Vaughn should be fired and that she would have asked for his termination in March, had she seen the footage then. She suspended Vaughn and six other officers last week.

A cursory management review that Smith conducted on the city’s handling of Prude’s death found that stalling the release of the body camera video because of concerns about optics cost did “considerable damage” to work the city has done to improve relations between the police and the public.

“It is hard to rationalize how anyone who saw the video of Mr. Prude’s encounter with the RPD did not fully equate these events beyond a few mentions of bad publicity, politics, process or a ‘false narrative,’” Smith wrote. “Rochester is in desperate need of healing. We lost almost six months of opportunity to begin that process.”

Singletary announced his retirement on Sept. 8 as part of a major shakeup of the city’s police leadership. The outgoing chief, who had planned to stay on through the end of the month, accused critics of trying to “destroy my character and integrity.”