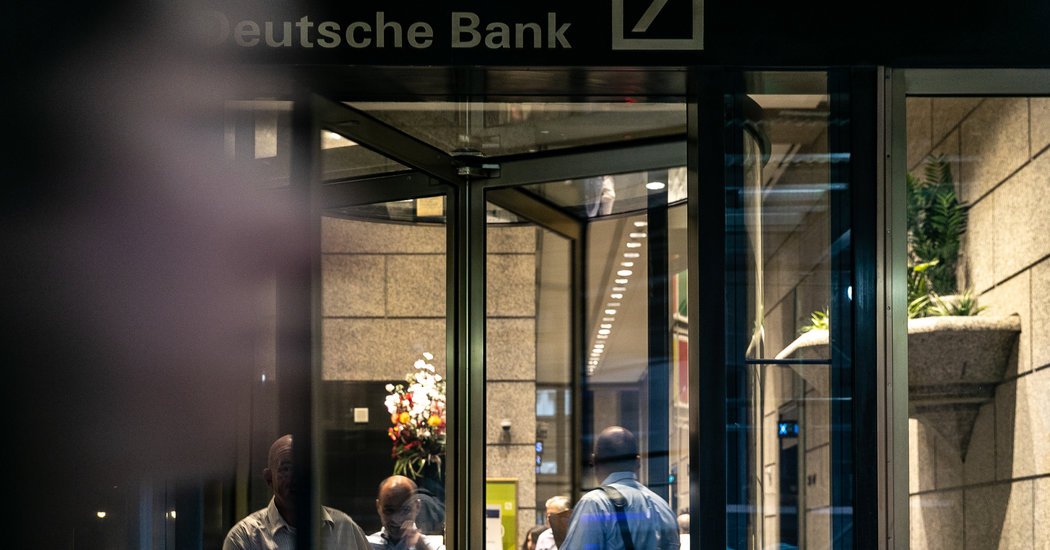 Deutsche Bank has told a federal appeals court that it does not have President Trump’s personal tax returns, the court said on Wednesday.

Congressional committees investigating Mr. Trump subpoenaed Deutsche Bank earlier this year for its financial records related to the president, his companies and his family, including federal tax returns. Mr. Trump sued the bank — which has been his main lender over the past two decades — to block it from complying with the subpoenas.

That litigation is working its way through the federal courts. Last month, The New York Times and other media outlets asked the United States Court of Appeals for the Second Circuit in New York to unseal a letter from Deutsche Bank that identified two members of the Trump family whose tax returns the bank possesses.

On Wednesday, the court rejected the media’s request, in part because, it said, Deutsche Bank had informed the court that “the only tax returns it has for individuals and entities named in the subpoenas are not those of the president.”

Current and former bank officials had previously told The Times that Deutsche Bank had portions of Mr. Trump’s personal and corporate tax returns, which it collected as it decided whether to lend him and his companies hundreds of millions of dollars for real estate and other development projects. When Mr. Trump was sworn in as president, he owed the bank more than $300 million, making it his largest creditor.

It is unclear when Deutsche Bank stopped retaining the tax returns.

Mr. Trump’s lawyers have fought to block subpoenas that were issued in April by the House Intelligence and Financial Services Committees, saying they have no legitimate legislative purpose.

The Financial Services Committee has said it wants to know whether Mr. Trump helped Russians and other foreign real-estate buyers launder money through his properties, and the Intelligence Committee is trying to determine whether Mr. Trump’s financial dealings made him subject to foreign influence.

This is a developing story and will be updated.