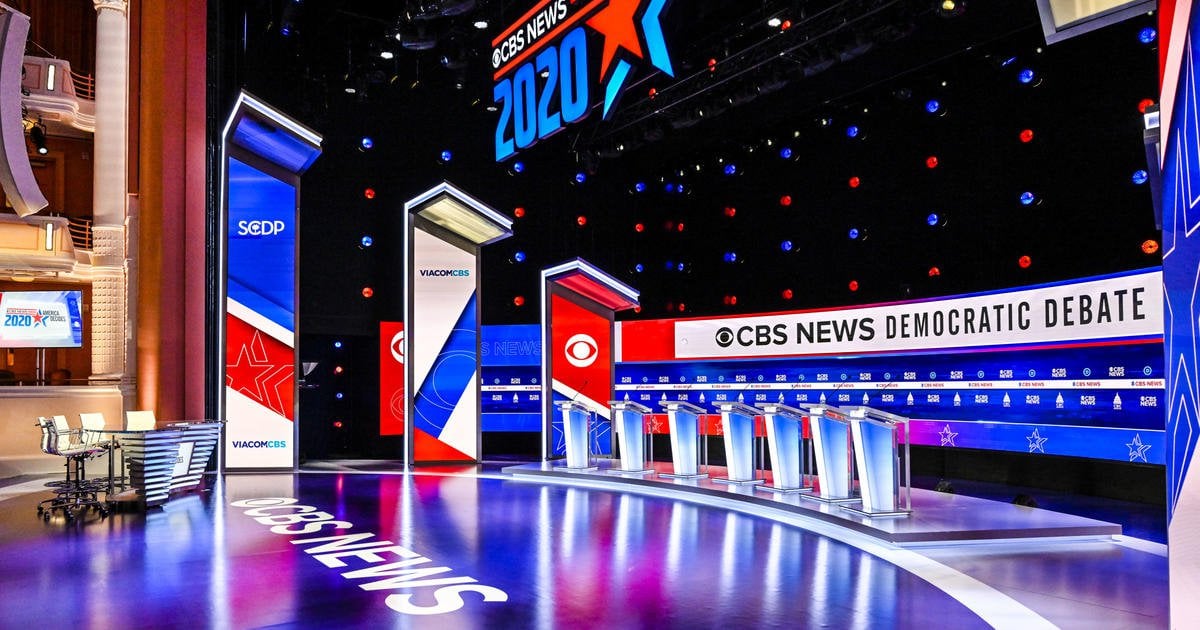 “Seven candidates will be on stage tonight for the tenth Democratic Presidential Debate in Charleston, South Carolina. In order to qualify for this debate, candidates seeking to participate will need to meet either a polling or delegate threshold. To qualify using the delegate threshold, Democratic presidential hopefuls must have been allocated at least one pledged delegate to the National Democratic Convention from either Iowa, New Hampshire or Nevada. To meet the polling qualification, presidential hopefuls must reach at least 10% polling in four national or South Carolina polls or at least 12% polling in two South Carolina polls from the list of qualified polling sponsors as outlined by the DNC. Each poll must be released between February 4 and 11:59 p.m. on February 24.

The tenth Democratic debate is scheduled for Tuesday, February 25 and will be co-hosted by CBS News and the Congressional Black Caucus Institute in Charleston, South Carolina. “CBS Evening News” anchor and managing editor Norah O’Donnell and “CBS This Morning” co-host Gayle King will moderate the debate. They will be joined in questioning by “Face the Nation” moderator and senior foreign affairs correspondent Margaret Brennan, chief Washington correspondent Major Garrett, and “60 Minutes” correspondent Bill Whitaker. The debate will run from 8:00 to 10:00 PM EST.

The debate will air on CBS television stations and on BET. Stream on CBSN via the video player in this article or across a number of devices, including Roku, Apple TV, and Amazon Fire TV. You can also watch live on CBS All Access with a free trial. The debate will be live-streamed on Twitter, Facebook and YouTube.

Twitter is a debate partner, and voters can use the hashtag #DemDebate to submit question that might be posed to the candidates.