A Connecticut man was arrested Wednesday in connection with the May kidnapping and sexual assault of a Massachusetts 12-year-old after investigators used DNA from discarded cigarette butts to tie him to the case, prosecutors said.

Joshua Besaw, 35, of Thompson, Conn., faces several federal charges, including kidnapping and transportation of a minor to engage in illegal sexual activity, Connecticut’s U.S. District Attorney’s Office said. He was arrested Wednesday after police worked for almost two months to identify a suspect. 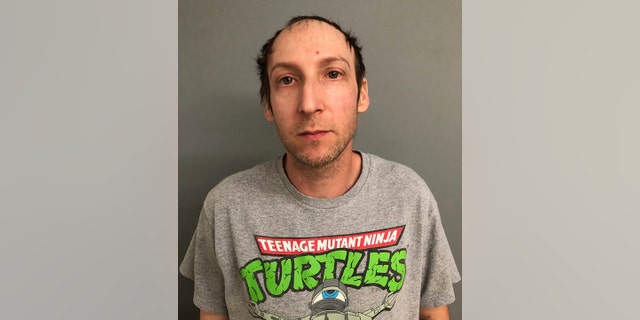 Joshua Besaw, 35, was arrested Wednesday after allegedly kidnapping and sexually assaulting a 12-year-old in May. (Webster Police Department)

Besaw allegedly lured a 12-year-old girl off her bicycle and into his car at a park in Webster, Mass., on May 31. Court documents said Besaw told the girl his name was Chuck and he needed help because his girlfriend’s parents hated him, Western Mass News reported.

The man then transported the girl over state lines into Connecticut where he pulled over in a wooded area and sexually assaulted her, the Webster Police Department said. He eventually dropped the girl off in Dudley, Mass. where she ran to a resident’s home and called her mother.

Police asked the public on Facebook in June to help officials identify a suspect in the case. Investigators obtained surveillance video from several homes and businesses that lead them to Besaw. On July 10, investigators picked up cigarette butts that they witnessed Besaw throw away. The DNA on the cigarette butts matched DNA extracted from the victim on May 31, police and prosecutors said.

The FBI, Connecticut State Police and local police departments in Massachusetts and Connecticut aided in the investigation.