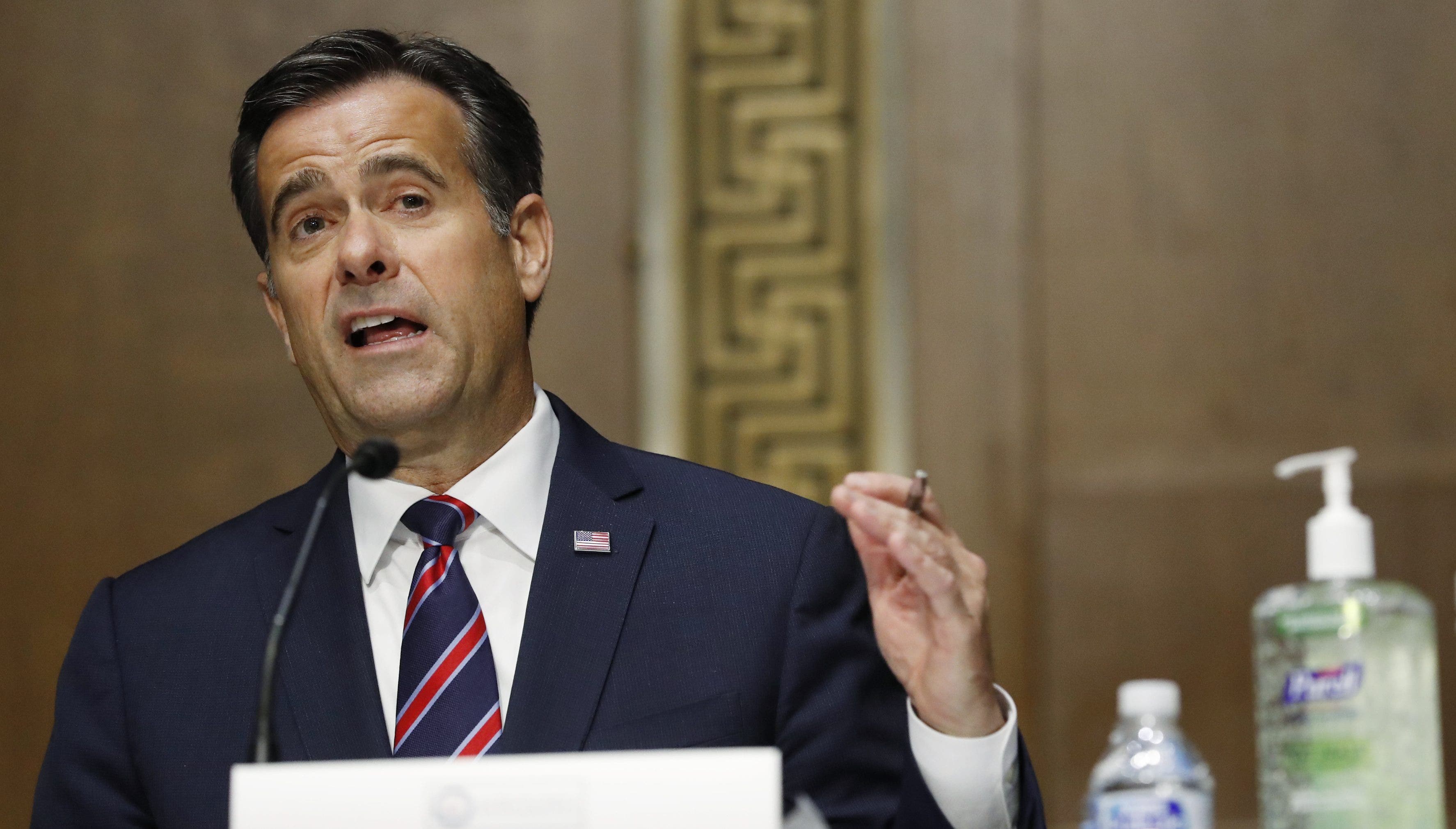 Director of National Intelligence (DNI) John Ratcliffe said Wednesday his office will now provide some in-person election briefings to a limited number of members of Congress.

He emphasized that the primary form of congressional updates on elections would be in the form of written intelligence.

“In order to protect sources and methods, the IC will not provide all-member briefings, but we will work to provide appropriate updates primarily through written finished intelligence products,” Ratcliffe said.

Weeks ago, Ratcliffe faced backlash after he announced he would be scaling back in-person election security briefings in favor of written reports. Democrats claimed the Trump administration was intentionally withholding election information, particularly pertaining to Russian interference, ahead of the 2020 race.

The DNI, however, defended his decision to scale back the briefings, telling  “Sunday Morning Futures” he had been going above and beyond in briefing “not just the oversight committees but every member of Congress” but will no longer do so.

“Within minutes of one of those briefings ending, a number of members of Congress went to a number of different outlets and leaked classified information for political purposes,” Ratcliffe told host Maria Bartiromo. “To create a narrative that simply isn’t true, that somehow Russia is a greater national security threat than China.”

“I don’t mean to minimize Russia. They are a serious national security threat, but day in, day out, the threats that we face from China are significantly greater,” Ratcliffe said. “Anyone who says otherwise is just politicizing intelligence for their own narrative.”

“This morning, after extensive public criticism, the Office of Director of National Intelligence committed to providing the canceled in-person briefing to both the House and Senate Intelligence Committees,” Schiff said in a statement.

“But these briefings for the intelligence committees must not obviate the need to keep all Members and the American people appropriately and accurately informed about the active threats to the November election,” he added.

Leaders of the Senate Intelligence Committee said that Ratcliffe has always pledged to hold in-person briefings for their committee.

Last month, Director Ratcliffe reaffirmed that the Senate Intelligence Committee will continue receiving briefings, including in-person, on all oversight topics – including election matters. As we have in the past, the Committee will continue to expect timely and complete information from our intelligence agencies,” Sens. Marco Rubio, R-Fla., and Mark Warner, D-Va., said in a statement.

Last month, Schiff and House Speaker Nancy Pelosi issued a joint statement threatening to “consider the full range of tools available to the House to compel compliance” if the ODNI did not resume briefings.”

“They’re going to put it in writing now instead of giving an oral briefing. That doesn’t make any sense unless the goal is not to allow members of Congress, the representatives of the American people, to ask questions,” Schiff told CNN’s “State of the Union” at the time.

“Concealing the truth is concealing Russians are again intervening to help the president in his reelection,” Schiff said.