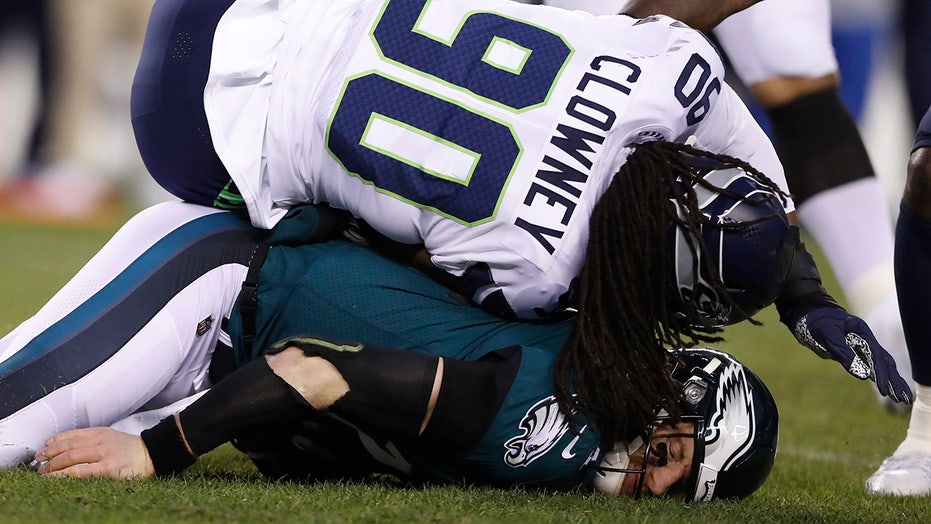 Philadelphia Eagles quarterback Carson Wentz left his playoff game against the Seattle Seahawks with a head injury Sunday and was later ruled out.

Wentz took a shot to the head from Seahawks defensive lineman Jadeveon Clowney early in the game.

Officials did not flag Clowney for the helmet-to-helmet hit.

The Eagles have been riddled with injuries heading into the game against the Seahawks. The team already was missing Nelson Agholor, Shareef Miller and Lane Johnson, among others. Zach Ertz and Miles Sanders also were ailing but they were playing through injuries.

Eagles linebacker Brandon Graham went down with an apparent knee injury during the game too.

Despite being in his fourth season with the Eagles, Wentz was making his first playoff appearance. He had been injured during the Eagles’ last two playoff runs.

Nick Foles took over for Wentz during both playoff runs. Foles led the Eagles to a Super Bowl victory to cap off the 2017 season but lost in the divisional round during the 2018 season.