Easy for Woods to find perspective even after finishing last 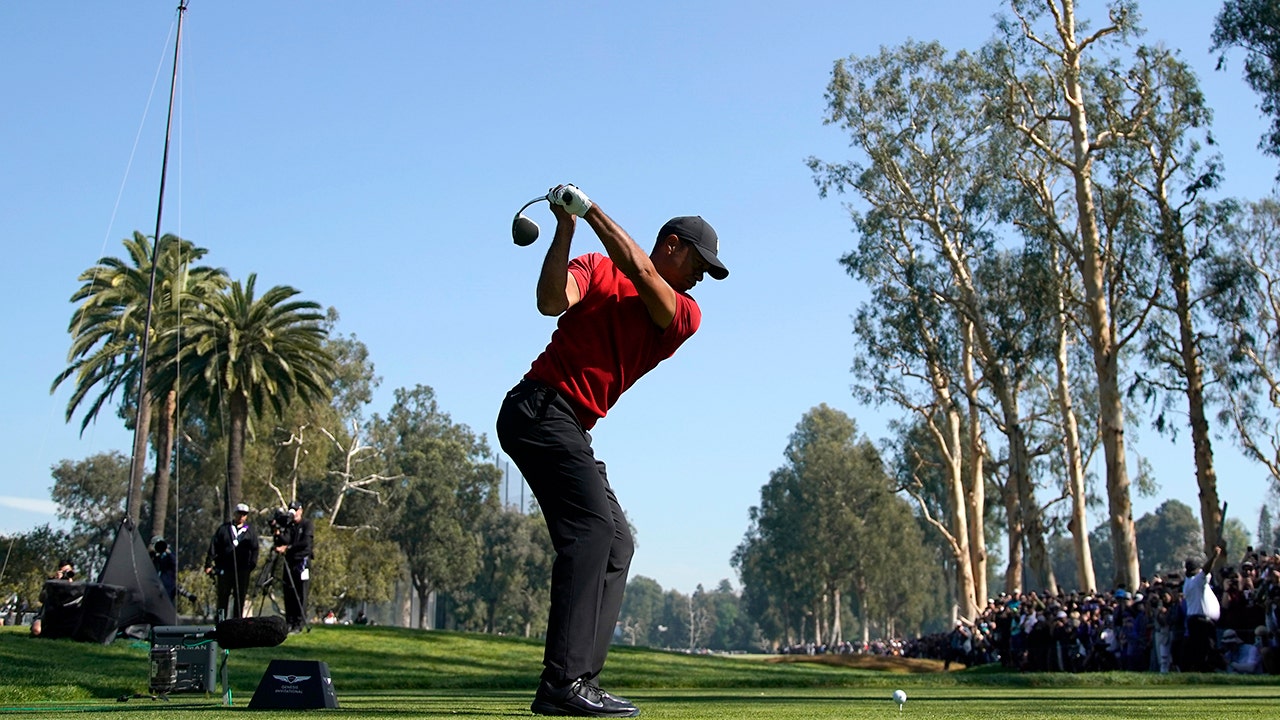 The red shirt. A late tee time on Sunday.

All the ingredients were in place for Tiger Woods at Riviera except for the location. The closest he came to the leaders was when they were making birdie on the par-5 opening hole and Woods was 100 yards away — with a much larger following — as he was about to three-putt the par-5 11th for another bogey.

The closest he got to the winner was on the 18th green to hand the Genesis Invitational trophy to Adam Scott, who held his nerve and holed all the right putts on a course so difficult no one could do better than 68.

Woods finished 68th out of 68 players who made the cut. Only three other times in his career has he posted a 72-hole score higher than his 295 at Riviera, and the most recent was nearly seven years ago. He was 22 shots behind the leader, the widest margin for Woods since the 2015 Memorial, which also was last time he finished last.

So it wasn’t a good week.

It’s not the end of the world, either.

Riviera was another reminder that Woods is going to struggle from time to time, and this would be the place for that to happen. Woods never played Riviera that well when he was at his best, which explains why he ran his professional record to 0-12 on the fabled course off Sunset Boulevard.

Think back to Woods at his absolute best. During a stretch from late 1999 until the Masters in 2000, Woods won or was runner-up in 10 out of 11 events on the PGA Tour.

The exception? A tie for 18th at Riviera.

He probably wouldn’t even be playing if not for Hyundai taking over as title sponsor and wisely signing up Woods’ foundation to run it, and the PGA Tour elevating the status of the event in line with Arnold Palmer at Bay Hill and Jack Nicklaus at Muirfield Village.

The difference is Palmer bought and nurtured Bay Hill. Nicklaus built Muirfield Village. Woods went 12 years without playing Riviera, a course he loves but for some reason could never play well.

“I have historically never putted really well here,” he said going into the tournament.

He finished with 117 putts over four rounds, including a four-putt and a three-putt in the same round. He was 67th in the key putting statistic, which stands out even more considering only 68 players made the cut.

Is it alarming? Not at all.

A year ago, Wood started his year in the Pacific chill of Torrey Pines and finished 11 shots behind. He was eight shots behind at Riviera and 13 behind in his debut at Chapultepec for the Mexico Championship. Then, he skipped Bay Hill when his body didn’t feel quite right and he wanted a week of rest.

So he wound up playing five times before the Masters, and it worked out well for him in the end.

Woods was planning to be in Mexico this week for the first World Golf Championship of the year until canceling his hotel room at the last minute and choosing not to enter on Friday.

“The idea is to peak around Augusta time,” he said. “I just felt I wasn’t going to be ready for next week — a little rundown and playing at altitude as well isn’t going to help that. So take the week off.”

Yes, he is passing on a 72-man field with no cut and probably free points for the world ranking (he fell to No. 9), Ryder Cup and FedEx Cup. It’s one of several big events on the calendar. It won’t hurt him to miss.

Where he shows up next is uncertain — odds are he will be at Bay Hill and The Players Championship, and then the Match Play in Texas for his last tune-up ahead of Augusta National. The Honda Classic was not ruled out. But he likely will play five times before the Masters.

What he made clear was that he will be playing more, not less.

Woods has been saying that since he returned from the fourth back surgery that rejuvenated his life and his career, and last year he proved it. He played 15 times from January to December, including the Presidents Cup and his Hero World Challenge in the Bahamas. That was five fewer than the year before.

“How much do I play, when do I play, do I listen to the body or do I fight through it?” Woods said. “There are some things I can push and some things I can’t. And so I had a theory this year that I may play about the same amount. … I won’t play a lot more than that just because of the physical toll and I want to stay out here for just a little bit longer.”

Something else he said Sunday suggested Woods has a different outlook from those watching and cheering him. Yes, he wants to get to No. 83 in career wins and set the PGA Tour record. Majors matter the most, and he hasn’t given up to the chase to 18 to catch Jack Nicklaus.

But that Masters title was big. He won a major again. His family was there. If that’s all there is, that’s plenty.

Because even after a bad week at Riviera, he never lost perspective.

“This part of my career really didn’t exist a few years ago,” he said. “So to be able to do that no matter what I shooting, it’s still disappointing. It’s still frustrating. I’m still a little ticked. But I also look at it from a perspective which I didn’t do most of my career, that I have a chance to play going down the road.”