The Department of Education will investigate the potential bias of a taxpayer-funded college conference which the University of North Carolina-Chapel Hill hosted in partnership with Duke University earlier this year, after allegations of anti-Semitism surfaced at the event, according to a letter obtained Monday by Fox News.

Rep. George Holding, a North Carolina Republican, told Fox News in a statement that he had sent a letter to Education Secretary Besty DeVos in April about the March conference entitled “Conflict Over Gaza: People, Politics, and Possibilities.” 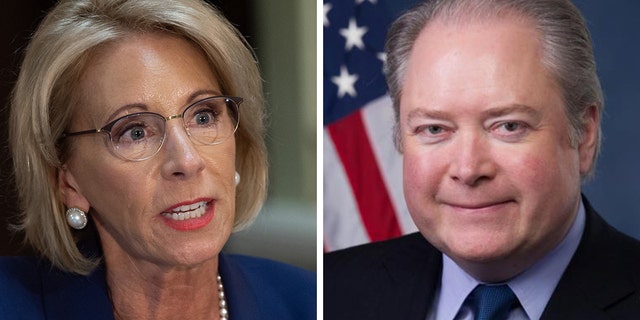 In his letter to DeVos, the congressman said about the conference, “Reportedly, speakers and panelists distorted facts and misrepresented the complex situation in Gaza.” He added: “Examination of the official program reveals that several of the conference’s speakers are actively involved in the Boycott, Divestment, and Sanctions (BDS) movement.”

He also alleged that a rapper performed a brazenly anti-Semitic song at the conference.

The event’s organizers did not immediately respond to Fox News’ requests for comment.

The conference used $5,000 in grant money from the Education Department, The Raleigh News & Observer reported.

DeVos wrote to Holding that: “Grantees must use funds to support activities that ‘reflect diverse perspectives and a wide range of vires and generate debate on world regions and international affairs.’”

She added: “I am troubled by the concerns outlined in your letter. In order for the Department to learn more about this matter, I have directed the Office of Postsecondary Education to examine the use of funds under this program to determine if the Consortium violated the terms and conditions of its grant.”

The Education Department did not comment to Fox News.

Holding told Fox News: “I’d like to thank Secretary DeVos for treating this matter with the seriousness and attention it deserves. I hope we can all agree that it is irresponsible and immoral for taxpayer dollars to fund overtly biased advocacy under the guise of constructive academic discourse.”