A Washington state man allegedly killed himself after killing his wife, and left a note for authorities saying that he was driven to do so because they could not afford to pay for medical care for her serious health conditions.

The man, identified by the Whatcom County Medical Examiner Gary Goldfogel in a statement to Fox News as Brian S. Jones, was 77, and his wife, Patricia Whitney-Jones, was 76.

Brian Jones called police on Wednesday morning to say that he was going to kill himself, and told the dispatcher that authorities would find a note in his home with an explanation as well as instructions. The dispatcher unsuccessfully tried to keep him on the telephone, according to the Bellingham Herald. 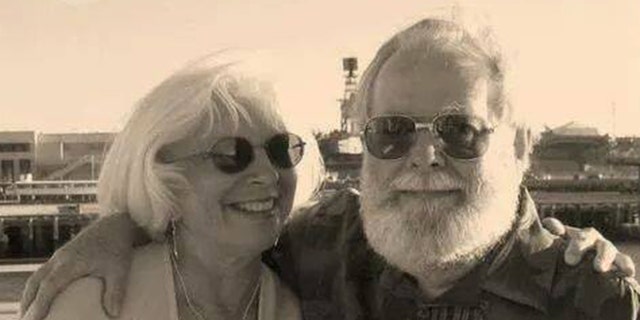 “It’s very tragic that one of our senior citizens would find himself in such desperate circumstances where he felt murder and suicide were the only option,” Sheriff Bill Elfo said in a statement.

Upon entering the home, police found the couple lying side by side, the newspaper said. Jones allegedly shot his wife once, and himself three times — including once in the head — with a semi-automatic handgun, according to the medical examiner statement to Fox News. The statement said both had “significant natural health disease conditions.”

A neighbor, Sherrie Schulteis, told the Lynden Tribune that despite many friendly conversations with Brian Jones, she was surprised to learn of their struggles. She said their deaths had shocked the neighborhood.

“[Brian and I] were always waving and talking about our yards or our flowers,” Schulteis said. “It’s a little tiny community where we all know each other, but we don’t really know each other.”