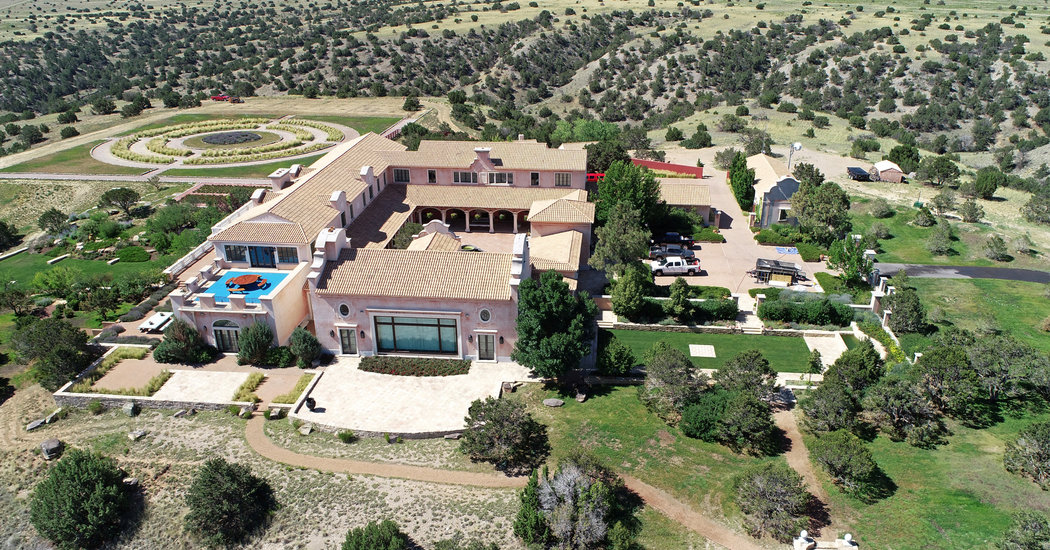 The federal criminal case against Jeffrey Epstein ended with his death two months ago, but the legal battles by his estate are poised to go on for months to come.

Last week, lawyers for Mr. Epstein’s estate asked a judge in the Virgin Islands to allow the payment of $90,000 in fees to a New York law firm that is defending it against a half-dozen lawsuits filed by some of the financier’s alleged victims. The week before, it sent lawyers from another firm to court against the State of New Mexico over public grazing rights for livestock at Zorro Ranch, the nearly 10,000-acre property Mr. Epstein owned outside Santa Fe.

Legal maneuvering is not unusual when wealthy estates are involved — Mr. Epstein’s assets were estimated at more than $577 million — but the complicated court actions may have only just begun. Lawyers for some accusers have named dozens of companies Mr. Epstein was associated with as defendants.

The firm representing the estate against Mr. Epstein’s accusers, Troutman Sanders, billed for one conversation on Aug. 10, after Mr. Epstein was found dead in a Manhattan jail cell while he awaited trial on sex-trafficking charges. The month’s worth of legal fees also includes work for a continuing “federal regulatory matter” that began before Mr. Epstein’s death, although the filing did not offer details.

Mr. Epstein’s other enterprises are still up and running, too. Employees continue to go to work at the offices of Southern Trust, his main company in the Virgin Islands, which operates out of a marina and office complex on St. Thomas. And boats he owned are still shuttling people to the two private islands he owned nearby.

Mr. Epstein’s will, filed in the Virgin Islands and signed two days before he killed himself, put his estate into a trust, which would most likely cloak the eventual disbursements in secrecy. The mix of real estate and companies in the estate reflects the closely held nature of the operations Mr. Epstein ran over the past two decades.

The New York Times previously reported that Southern Trust made at least $200 million in net profits from 2013 to 2017, a financial rebound that began five years after Mr. Epstein’s conviction in Florida for soliciting sex from an underage girl. Unaudited financial statements, obtained from the island territory’s Division of Corporations and Trademarks, revealed that Southern Trust had begun making money after Mr. Epstein’s former money management firm, Financial Trust, posted years of losses beginning with the financial crisis.

Alan D. Jagolinzer, director of the Cambridge Center for Financial Reporting & Accountability at the University of Cambridge in England, said the statements raised “way too many questions.”

Mr. Jagolinzer said it was hard to understand how Financial Trust reported losses at a time when the stock market was rallying strongly after the 2008 financial crisis. He also did not understand why Southern Trust would seek a $30.5 million loan from an undisclosed source in 2017, when the firm appears to have been flush with cash.

Parts of those filings were signed, at times, by two close associates of Mr. Epstein: Darren K. Indyke, a lawyer, and Richard D. Kahn, an accountant. Both are executors of Mr. Epstein’s will, and they authorized Troutman Sanders to continue litigating on behalf of the estate.

Bennet Moskowitz, the lead lawyer at Troutman Sanders, did not respond to a request for comment.

A court filing in New Mexico contains a copy of a check signed by Mr. Kahn to pay for the renewal of the grazing leases for the Zorro Ranch. The check, dated Sept. 6, was drawn from an account with TD Bank.

The New Mexico State Land Office refused to accept the check, in part prompting the court action. A statement from the land office said the leases never should have been awarded and chided Mr. Epstein’s estate for wasting state resources on a court fight.

William LaPiana, an associate dean at New York Law School and a trust and estates expert, said it was not surprising that the executors of the estate were protecting its assets. “They have an obligation to carry out the expressed wishes in the will and owe a duty to the beneficiaries,” he said.

Mr. Epstein’s only known living relative is a brother.

The federal authorities have said they were continuing their investigation of Mr. Epstein’s alleged sex-trafficking activities. It is not clear to what extent Southern Trust and Financial Trust, both of which received lucrative tax incentives from the Virgin Island authorities, factor into that investigation.

Southern Trust, which purports to operate a DNA database business, remains eligible for that tax break. Representatives for the government agency that approved the tax incentives did not comment on whether they would be revoked in light of Mr. Epstein’s death and the active investigation.