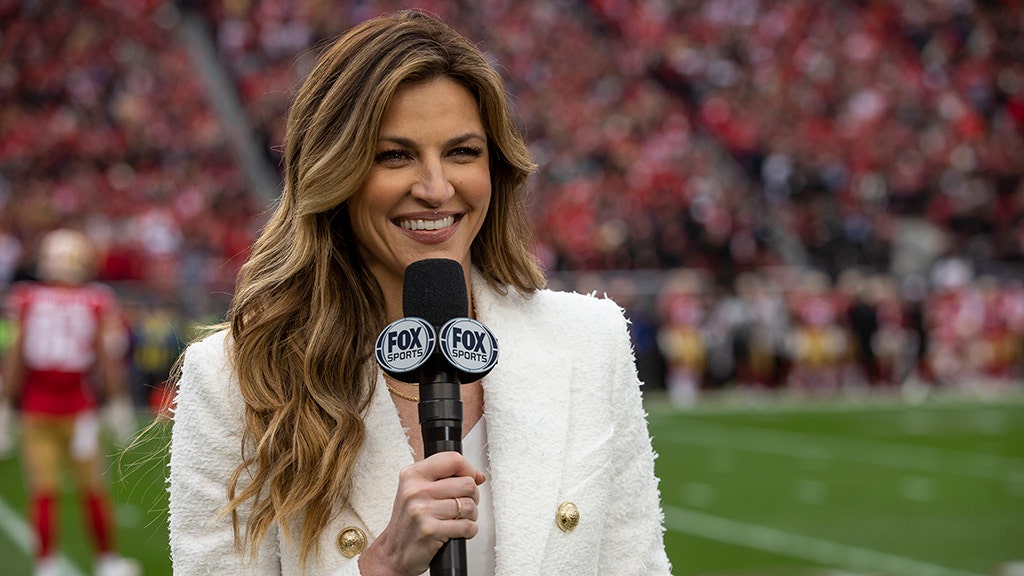 Erin Andrews summed up Sunday’s season opener between the Tampa Bay Buccaneers and the New Orleans Saints in one word: “Bizarre.”

Appearing on the latest installment of Kyle Brandt’s “10 Questions” Spotify podcast, the Fox Sports sideline correspondent spoke about reporting from a fanless Superdome, where she overheard more than she expected to.

“Two things [Sunday], I never really knew how much s–t-talking there was until (Sunday),” Andrews said. “You could hear it so clear. And I can’t imagine if I was down there what that would have been like.”

Andrews, 42, who recently launched the second season of her WEAR by Erin Andrews collection, previously told The Post she would be close to the field on game day, and that the media and teams would learn to adapt together in a COVID-19 world.

Although there was plenty of buzz ahead of Sunday’s NFC South showdown, Tom Brady’s Tampa Bay debut was anything but memorable for the former Patriots star. Not only did the Buccaneers sink to 0-1 to start the season, but the 43-year-old finished the game with two touchdowns and two interceptions.

Andrews confirmed Brady was unsurprisingly a bit vocal after a pick.

“The other thing is after Tom threw the first interception. I mean, we all know, we’ve seen the video of him get so fired up, but again, it was silent in there and you just heard two F-bombs clear as day and you’re like, oh boy,” Andrews said. “This is what we’re going to hear all season. So it was interesting.”

Following the loss, Buccaneers coach Bruce Arians chastised Brady’s decision-making that resulted in his second interception of the game.

“I’ve lost plenty of games in my career,” Brady said. “I know I don’t like it. But it happens. We just gotta do a better job.”

The Buccaneers will have an opportunity to right the ship Sunday against the Carolina Panthers. Andrews will be in Cleveland on Thursday night for the Browns-Bengals AFC North matchup.