Escaped pet snake found in neighbor’s washing machine in Illinois: ‘I was totally creeped out’

An Illinois woman had quite a shock Wednesday when she opened her washing machine to find a snake inside.

“I was totally creeped out,” she added. “How did a snake get in the house let alone the washer?” 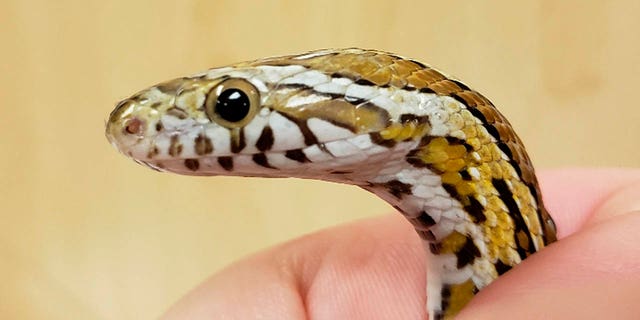 Penelope the corn snake (pictured) escaped her 12-year-old owner in Evanston, Ill., this week and made her way into a neighbor’s washing machine. (Chicago Exotics via AP)

The snake was brought to the Chicago Exotics Animal Hospital by Evanston police and Animal Control Warden Jason Pound.

“I could smell it and could tell that it had actually been through a cycle,” Pound told NBC 5. “Smelled like Downy.”

FLORIDA WOMAN PULLS ALLIGATOR FROM HER PANTS DURING TRAFFIC STOP 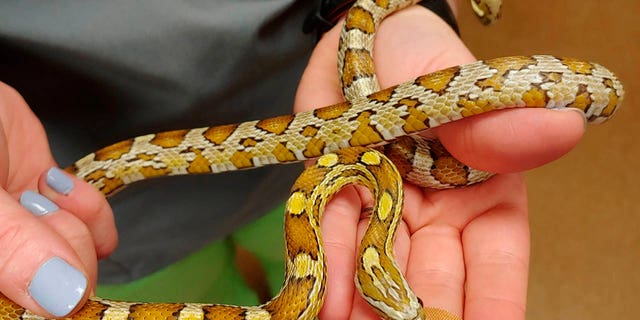 Penelope survived a wash cycle inside the washing machine before she was discovered by Sanela Kamencic on Wednesday. After the snake was examined at the Chicago Exotics Animal Hospital, she was reunited with her owner. (Chicago Exotics via AP)

Turns out, the corn snake — named Penelope — was the escaped pet of a 12-year-old neighbor. Radio station WBBM reported Penelope had been missing for three days.

Penelope and her owner have since been reunited.