A cleaning campaign on Mount Everest that concluded Wednesday found the remains of four climbers and removed over 24,000 pounds of garbage, officials said.

In all, 24,200 pounds of garbage was removed, with some of the waste being flown to Kathmandu and handed to recyclers. Officials said that the 8,850-foot summit remains littered although they could not estimate how much was left. 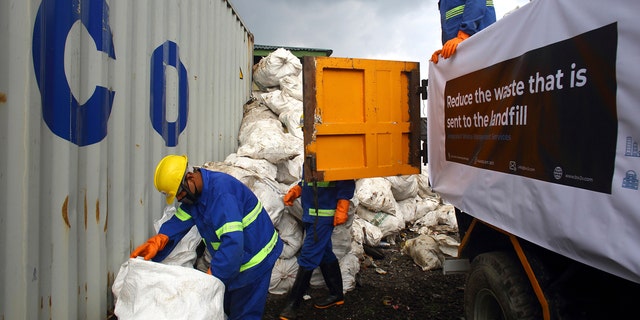 Some of the garbage is covered by snow and can only be removed when low temperatures expose it.

Crews unexpectedly also recovered the remains of four climbers whose bodies were exposed by melting snow. Climbers struggling to make it down the mountain alive are said to leave the bodies of teammates who have died because they are unable to carry the body.

Officials said the bodies were taken to a base camp and then flown to a hospital in Kathmandu.

Over 300 people have died while trying to reach Everest’s summit since it was first conquered in 1953.

This year has been an especially deadly year with 11 recorded fatalities so far, something experts say is a result of overcrowding.