A former Black Panther member who was convicted in the 1981 killing of a Philadelphia police officer will get a chance at a new appeals hearing after a prosecutor dropped his opposition to it.

Mumia Abu-Jamal, 64, was sentenced to death for killing Philadelphia police officer Daniel Faulkner, who had pulled his brother over during an overnight traffic stop. He was tried in absentia after attempts to serve as his own lawyer.

PENNSYLVANIA MAN, 76, CHARGED WITH KILLING WIFE WHO VANISHED IN 1981

Abu-Jamal was given a new chance in December to argue his initial appeal by Philadelphia Common Pleas Judge Leon Tucker after the U.S. Supreme Court determined a former state justice improperly heard and appeal in a murder case he had seen as district attorney. 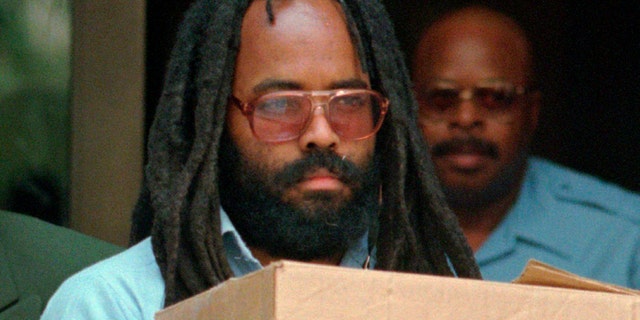 FARRAKHAN CLAIMS TO BE JESUS IN ‘SAVIOURS’ DAY’ ADDRESS: ‘I AM THE MESSIAH

District Attorney Larry Krasner dropped his argument against Abu-Jamal, giving him a fresh chance at a new appeal despite arguing it could affect a large number of other convictions. Krasner agreed that then-District Attorney Ronald Castille – who presided over the Abu-Jamal case – shouldn’t have worn “two hats.”

A 1990 note Castille sent to then Gov. Robert Casey said “police killers” should get death warrants to “send a clear and dramatic message to all police killers that the death penalty actually means something.

Maureen Faulkner, David’s widow, said Krasner broke a promise to tell her about his decision before announcing it.

“I was just crying my eyes out, once again,” she said. “What about the survivors? What about victims in Philadelphia, and how they’re notified?”

Kranser’s office said he spoke to her Tuesday before making his final decision.