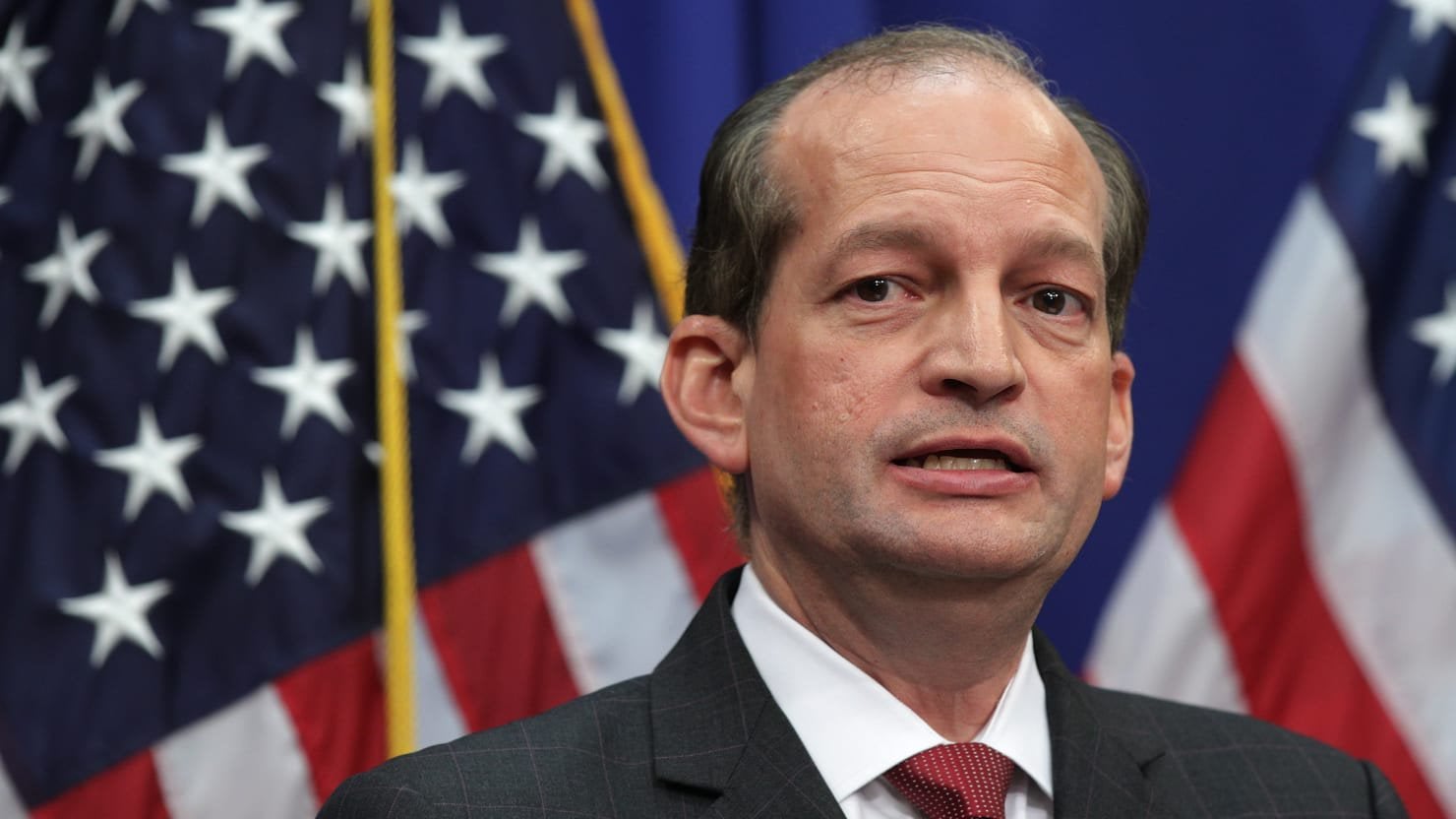 Krischer downplayed his office’s role in the eventual plea deal, and alleged the U.S. attorney’s office abandoned its federal indictment after “secret negotiations between Mr. Epstein’s lawyers and Mr. Acosta.”

“If Mr. Acosta was truly concerned with the State’s case and felt he had to rescue the matter, he would have moved forward with the 53-page indictment that his own office drafted,” Krischer said.

If this is true, it’s completely explosive. Federal prosecutors don’t idly draft proposed indictments until they have reached a fairly high level of confidence in the case. It’s not like doodling myname + crushname on your Trapper Keeper. If there was a lengthy draft indictment, that is completely inconsistent with Acosta’s description of an office that had serious doubts about whether it could make a case.

Acosta knew he had to lie, and knew this would be the response. Trump’s advisors had to be telling him the same when he was weighing whether to go all-in on Acosta and whether Barr should recuse.

This is going to be a shit show, and both Trump and Barr knew it. They chose to own it anyway, because the benefits of maintaining maximum control over the case outweighed the damage.

Why? What could those benefits possibly be?