Eight climbers are missing in the Himalayan mountains. The group included two Americans who reportedly lost contact last week, a day before an avalanche.

Five bodies were discovered Monday by a search and rescue team looking for several climbers — including two Americans — who vanished on India’s second-highest mountain, an official said.

The bodies likely are some of the eight climbers who disappeared on Nanda Devi last week following an avalanche, Dr. Vijay Kumar Jogdande, a civil administrator in the state of Uttarakhand, told the Associated Press. The team had been trying to ascend an unclimbed and unnamed peak on the mountain’s eastern side, rising 21,250 feet above sea level, when disaster struck.

“There is always a fear that people going for the rescue may get stuck there,” Jogdande said, noting the bodies were spotted by Indian Air Force pilots before the rescue operation was suspended for the day due to heavy snowfall and high winds.

An operation to find the other three mountaineers is set to resume Tuesday, Jogdande added, cautioning the trio may have been buried when an avalanche struck the section of the mountain where they were attempting their ascent. Government officials are currently consulting the Indian army and Indo-Tibetan Border Policy regarding the retrieval of the bodies. 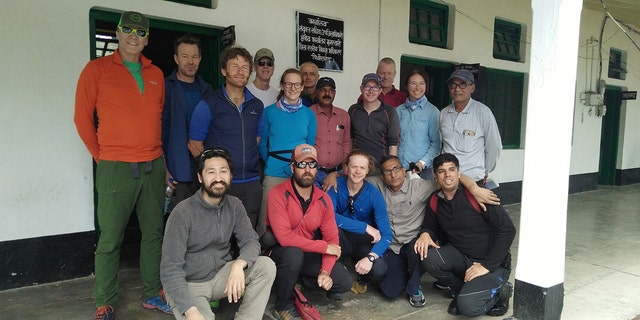 Climbers pose for a picture before leaving for their expedition in Munsiyari town in the northern Himalayan state of Uttarakhand, India May 13, 2019. (Handout via REUTERS)

The missing team, led by British climber Martin Moran, began its ascent of the peak on May 13. It included four Britons, two Americans, an Australian and an Indian liaison officer.

The team had last been in touch with base camp on May 26, according to four members of the expedition, all British nationals, who had remained there, hemmed in by the heavy snowfall, and rescued Sunday.

Amit Chowdhary, a spokesman for the Indian Mountaineering Foundation, said that, when the team at base camp stopped receiving radio updates from the other expedition team, one person went to look for the missing climbers the next day.

“There was a trail of the climbers there and the trail ended in an avalanche. There was evidence of a very large avalanche,” Chowdhary said. 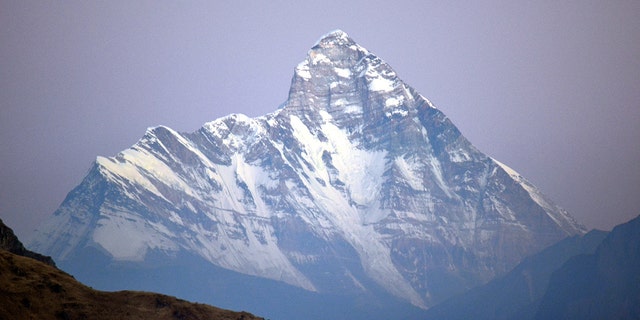 The group was attempting to summit an unclimbed peak on Nanda Devi East in India. (iStock)

After the team did not return by Friday, authorities began a search that included an Indian Air Force helicopter that was able to trace the climbers’ “last-known location and footmarks,” Jogdande told Reuters.

“Chances of survival are bleak,” he said Sunday.

Moran’s company posted to Facebook on Sunday it was working with authorities and the British Association of Mountain Guides to “gather information regarding the Nanda Devi East expedition team.”

The statement added the company was  “deeply saddened by the tragic events unfolding” on the mountain. It also revealed the last contact from the group was that “all was well” and a summit bid was made from a camp at around 17,700 feet.

“It is not entirely clear what happened from this point onwards or indeed the timeline of events,” the statement read, in part. “We are pressing for the search area to be widened and continued until such time as firm evidence is found to ascertain the well-being or otherwise of all those in the climbing group.”

Fox News’ Travis Fedschun and the Associated Press contributed to this report.