A Florida inmate has been arrested for feeding pet iguanas to an alligator at the sheriff’s zoo — next to the jail — after fellow inmates ratted him out, investigators said.

Jason Aaron Gibson, a 40-year-old suspected car thief, was one of the select inmates given the “privilege” of working outside at the petting zoo on Stock Island, officials at the Monroe County Sheriff’s Office told the Miami Herald.

Two other inmates who worked at the farm were left “distraught” and “heartbroken” after witnessing Gibson toss iguanas to a six-foot alligator named Irwin multiple times, officials said. 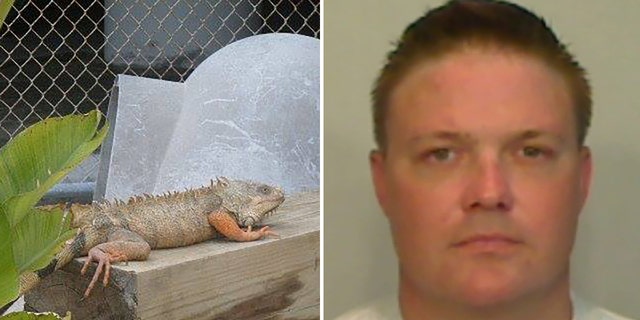 “I was so proud of them for stepping forward,” Jeanne Selander, a civilian jail employee running the farm, told the Herald. “They just couldn’t accept that. They really cared. I’m so sad they had to witness it.”

The death of “Mojo,” a large iguana who had lived at the farm for over a decade, hit staff members at the Monroe County Sheriff’s Office Animal Farm particularly hard.

“He was more of a pet,” Selander said. “I’m still in disbelief. Thirteen years I’ve been doing this and I’ve never had anyone do anything to the animals.”

Irwin the gator, which reportedly was fed dead rats once a week, ate at least one smaller iguana but didn’t eat Mojo because it was “too big,” Selander said. The gator reportedly held Mojo underwater for 30 minutes and left its carcass in the habitat. 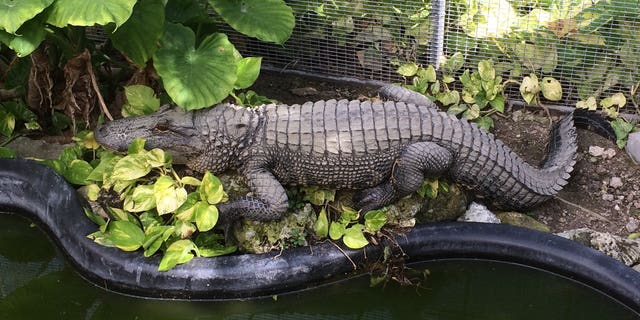 “Occasionally an iguana falls in and that’s the circle of life,” she told the Herald. “You don’t physically catch one and feed it. That is so cruel.”

Gibson was arrested Monday he admitted to the deeds, claiming the iguanas were a “nuisance” that “terrorize the other animals” at the farm, according to an arrest report obtained by the paper.

He was charged with two counts of felony animal cruelty causing death, pain and suffering. He had been awaiting trial since June on a charge of grand theft auto.

The petting zoo opened in 1994 and has housed more than 150 animals, according to the Herald. The farm has been open to the public for free twice a month and has held special holiday events.